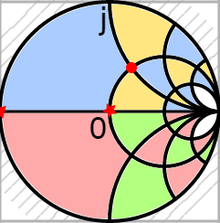 HF technology deals with electromagnetic waves , in particular with methods, devices and systems for their generation, the theory and practice of wave propagation and the reception of waves. Important areas are antenna technology and high frequency measurement technology .

Practical application finds the RF technology in many areas of daily life, such as in mobile phones or smartphones , with radio and television , in traffic- and safety-related applications, such as the aeronautical , marine radio and police radio , the air surveillance using radars and even the security check at airports using body scanners , as well as radio remote controls and radio remote controls as well as in many other areas of science and technology, for example in medicine for diagnosis and therapy (e.g. high-frequency thermotherapy ), in non-destructive material testing , or as ground penetrating radar in archeology and geophysics .