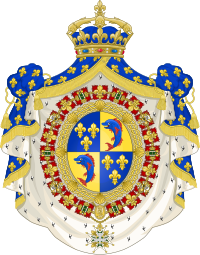 The coat of arms of the Dauphin de France. In addition to the royal fleur-de-lys, it contains the dolphin of the Dauphins of Viennois, called Counts of Albon.

The title Dauphin of France ( Dauphin de France ) was given to the eldest son and heir to the throne of the reigning French king since the late Middle Ages. It was derived from the title Dauphin von Viennois , which the medieval Counts of Albon ( Dauphiné ) used to wear.

In a broader sense, this title is the French equivalent of the English Prince of Wales or the Spanish Príncipe de Asturias .

In 1349 the Dauphin Humbert II of Viennois bequeathed his county of Albon, which belonged de jure to the Holy Roman Empire, to the French King Philip VI. In order not to become a lieutenant to the emperor, he transferred the county (also called Dauphiné ) to his grandson, the presumptive crown prince and later King Charles V. When he ascended the throne in 1364, he continued this practice and gave the Dauphiné to his eldest son, the later Charles VI , further. This established the custom for several generations of giving the respective heir to the throne the Dauphiné, including the title Dauphin, as an apanage. King Charles VII annexed the Dauphiné to the French crown domain in 1457 , with which this principality ceased to exist as an autonomous regional body. Due to tradition, however, the title Dauphin remained associated with the respective heir to the throne of France, who was now called Dauphin de France .

Numerous Dauphins never became king because they died earlier than their father (e.g. son Ludwig and grandson Ludwig of Louis XIV ). In these cases the title passed to the brother or grandson succeeding in the line of succession. In contrast, five kings were never Dauphins because either, like Charles IX. and his younger brother and successor, Heinrich III. , when younger brothers of a king ( Franz II. ) came to the throne or because they were not king's sons themselves, but came from secondary lines, like Ludwig XII. (Valois-Orléans), Francis I (Valois-Angoulême) and Henry IV (Bourbon).

For the Counts of Albon / Dauphins von Viennois until 1349 see the article: Dauphin von Viennois

Dauphins of Viennois from the royal house of Valois 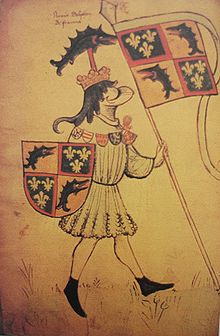 The Dauphin and later French King Louis XI. with dolphin in the coat of arms and as a crest, around 1450 (Hyghalmen Scroll, Heralds' College Manuscript ) 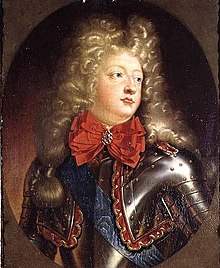 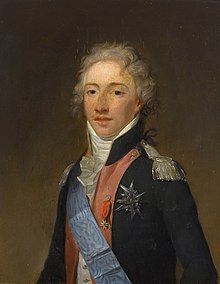 Prince of France during the Revolution

Dauphin of France during the restoration