This is a list of experimental aircraft , most of which were classified as experimental when they were designed. This list includes machines that did not go into series production or that represent significant modifications of series machines.

The X-Series is a series of aircraft and missiles that have been and are used to test new technologies. The machines were partly manned and partly unmanned. Some of these developments have been kept strictly confidential.

The first X-plane, the Bell X-1, was specially designed to break the sound barrier, which was first achieved in 1947. The North American X-15 has also become famous.

The Boeing X-32 and the Lockheed Martin X-35 were test developments for the Joint Strike Fighter and differ in this from the other X-aircraft, which were never planned for series production.

Test planes that were planned as bombers

Test aircraft are listed below that were actually planned as bombers, but were not further developed for their intended task beyond the prototype stage (X designation). These aircraft were used for feasibility studies, engine tests or for general studies in the field of aviation technology.

The year information stands for the first flight or the first presentation of the individual models. 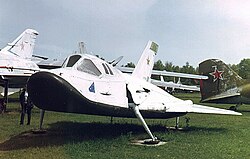 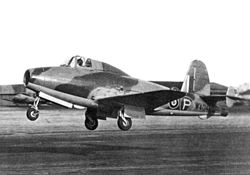