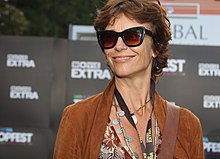 Rachel Ward is of aristocratic origin and attended private schools as a child. She studied art in Paris and then started working as a model. In 1976 she moved to the USA and in 1983 she was named one of the most beautiful women in the world. In 1981 she made her first major actress appearance in Sharky and His Pros at the side of Burt Reynolds . She received a nomination for this role Golden Globe as Best Young Actress .

In the late 1970s, Ward was dating David A. Kennedy . Rachel Ward became internationally known through the multi-part television series The Thorn Birds . While filming in 1982, she met Bryan Brown , whom she married the following year. The two are parents to three children, including actress Matilda Brown . Once again, the two stood in the temptation expire together in front of the camera. While she always remained a star in her adopted country of Australia, she was only kept in Hollywood and in Europe by the two roles of a " femme fatale " in the remake Against Every Chance and in the comedy Tote Wear No Checks on the side of Steve Martin in Memory. In 2002 she starred in the TV movie Bobbie's Girl with Bernadette Peters and Thomas Sangster .

Rachel Ward has also worked as a director and screenwriter since 2000. 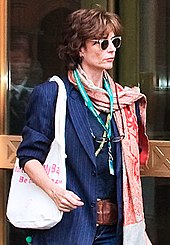