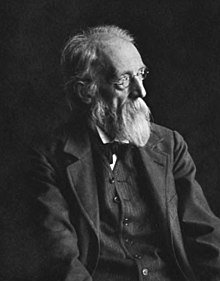 Nöldeke graduated from high school Georgianum in Lingen in 1853 and studied at the universities of Göttingen , Vienna , Leiden and Berlin . He became a professor in Kiel in 1864 and then held a professorship at the University of Strasbourg from 1872 until he retired at the age of 70. Nöldeke wrote numerous studies (including on the Koran ) and also wrote articles for the Encyclopædia Britannica . He also dealt with Old Testament research, Semitic languages, and Arabic, Persian, and Syrian literature. Nöldeke was also involved in the fundamental Tabari edition de Goejes and also obtained a translation of those sections of Tabari's universal history that dealt with the Sassanid period . The translation is still of great value today, especially as he made numerous comments.

Nöldeke, who also translated several other important works of oriental literature, was already considered a very important orientalist during his lifetime. Among his numerous students was Friedrich Schwally , whom he entrusted with the continuation of his standard work History of the Qoran .

His estate is in the Tübingen University Library .

Nöldeke had ten children, but six of them died before him. His son Arnold Nöldeke became a judge and was a Hamburg senator during the Weimar period .