The World Soundtrack Awards is a directory within the framework of the 1992 UNESCO established program Memory of the World ( MOW , English for Memory of the World ) "to preserve the documentary heritage of humanity." The purpose of this program is to ensure free access to important documents and to preserve the documentary heritage. 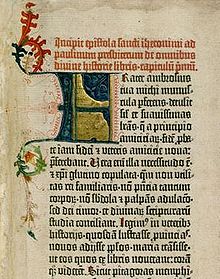 The program is administered by the International Advisory Committee (IAC), whose 14 members are appointed by the Director General of UNESCO.

In 1997 the first documents were entered in the register. Valuable book holdings , manuscripts , scores , unique items , image , sound and film documents , "which represent the collective memory of people in different countries around the world" are to be recorded. The appointment is not a financial support, but should be understood as an award: As with the other World Heritage programs, the home states undertake to ensure the "preservation and availability" of the respective documentary heritage in the service of the international community.

The Memory of the World program was continued in 2003 with the Charter for the Preservation of Digital Cultural Heritage on the question of the long-term archiving of digitized documents and of exclusively digital materials.

Every two years, states can nominate up to two documents for a new entry in the list. The IAC then decides on their inclusion at its meetings. The list of the world document heritage currently comprises 427 documents (as of 2019) .