Albert Gray is a redirect to this article. For the jazz trombonist of the same name, see Al Gray . 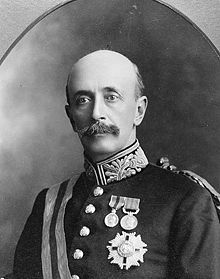 Albert Gray came from a family from which several successful reform politicians had emerged. His grandfather Charles Gray, 2nd Earl Gray , was Prime Minister from 1830 to 1834 , and his uncle Henry Gray, 3rd Earl Gray , was the first colonial minister to pursue a policy of colonial self-government and to advocate that the colonies be after theirs own interests and should not be governed for the good of the mother country.

Albert studied at Trinity College of the University of Cambridge history and jurisprudence and retired in 1880 as deputy of the Liberal Party for the constituency of South Northumberland in the House of Commons on after he opposed the previous Conservative mandate holders Edward Ridley had prevailed. After a reorganization of the constituencies, he sat from 1885 for Tyneside in the House of Commons, where he switched to the Liberal Unionists in 1886 in protest against Gladstone's Home Rule Bill and was defeated by the liberal candidate Wentworth Beaumont in the general election of that year . He then took care of the administration of his uncle's estates, whom he followed in 1894 in the earliest dignity. As 4th Earl Gray he moved into the House of Lords .

Gray traveled extensively throughout the British Empire and was from 1896 to 1897 as the successor to Leander Jameson administrator of Southern Rhodesia . He gained economic experience as director of the British South Africa Company from 1898 to 1904.

Gray was a very active governor. He was in constant contact with the Canadian Prime Minister and was very committed to social issues. He also tried to achieve greater political integration of all classes and to bring the English-speaking and French-speaking population groups closer together. Sir Wilfrid Laurier , the Prime Minister of Canada at the time, said of him: "He devotes all his heart, all his soul and all his life to Canada."

During Grey's tenure, Canada experienced tremendous economic development, industrialization, and immigration. In 1905 Alberta and Saskatchewan joined the Canadian Confederation . It was a time of upheaval. In 1910 King Edward VII died , George V succeeded him to the throne and in 1911 Wilfrid Laurier was replaced as Prime Minister by Sir Robert Borden .

Lord Gray also toured the whole country in Canada, he was the first Governor General to visit Newfoundland and also campaigned for joining the Confederation here. He was also in close contact with Theodore Roosevelt and made frequent visits to the United States .

Albert Gray and his wife Alice were also very involved in the cultural field. They promoted the arts, took part in the preparations for the 300th anniversary of Québec from 1906-08, and campaigned for the establishment of a national park. Lady Gray was the first wife of a Governor General to be awarded the title of Excellency. She particularly promoted the gardening competitions ( Lady Gray Competitions ) that had already started during Lord Minto's tenure . The daffodils she planted on the grounds of the official residence, Rideau Hall , can still be seen today.

Lord Gray was extremely popular in Canada. He and Lady Gray have received many awards for their work and commitment to social issues. The Gray Cup , the most important trophy in Canadian football , was donated by Gray in 1909 and therefore bears his name.

After his tenure ended, Gray returned to England and became President of the Royal Colonial Institute , now the Royal Commonwealth Society , in London. He died in 1917 on the Howick Hall family estate in Northumberland. His son Charles inherited the title.