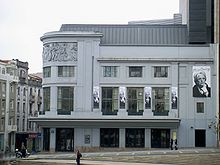 Fantasporto - Festival Internacional de Cinema do Porto is an international film festival that takes place annually in the Portuguese city of Porto . It specializes in fantasy film and is one of the world's largest film festivals for this genre.

Fantasporto, also known as Fantas, first took place in 1981. It has more than 100,000 visitors annually. In addition to the competition sections, retrospectives are also held, mostly dedicated to specific countries or filmmakers. The organizer is Cinema Novo CRL. The festival receives financial support from the Portuguese Ministry of Culture, among others. 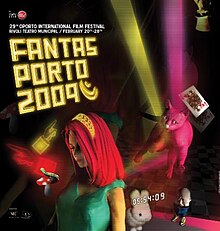 The main competition section of the festival has been the official section for fantasy films since 1982. The main prize is the Grand Prize (Grande Prémio) for the best film. In the fantasy section, an international jury will award further film prizes, including for direction, screenplay, acting and special effects as well as for the best short film.

The “Director's Week” section has existed since 1991. Prizes for the best film as well as for directing, screenplay and acting are awarded here.

Since 2004 Fantasporto has had the "Orient Express" section for films from Asia. A prize for the best film and a special prize from the jury will be awarded here.

One feature film is awarded the Méliès d'Argent Prize at several European fantasy film festivals. In addition to Fantasporto, these are the Brussels International Fantastic Film Festival or the Sitges Festival Internacional de Cinema de Catalunya . All award-winning films then compete for the Méliès d'Or Prize . The film award is named after Georges Méliès .

A number of other film prizes are awarded at Fantasporto, including audience prizes , critical prizes and prizes for life's work.