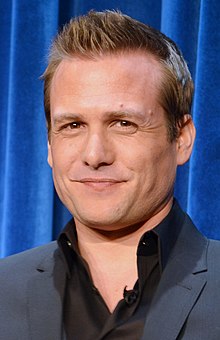 Gabriel Macht was born in 1972 in the Bronx , New York, the son of actor Stephen Macht and Suzanne Puliers, a museum curator . He grew up in Westchester County , New York. At the age of five, Macht moved to California as part of his family of six for professional reasons of their father . In 1980, as an eight-year-old, Macht made his feature film debut in Why should I lie? . He was nominated for a Young Artist Award for his portrayal . By 1990, Macht attended Beverly Hills High School, where he took acting classes. Then power went to the College of Fine Arts in Pittsburgh . He then lived in New York for six years, mainly working in the theater, before moving back to Los Angeles .

After his first film, television and theater roles, he played a leading role in the short-lived science fiction television series The Others by NBC in 2000 . This was followed by roles in films such as Im Fadenkreuz - Alone Against All , The Use and The Good Shepherd . In 2007, together with the ensemble of actors from Der gute Hirte , Macht won the Silver Bear at the Berlin International Film Festival for outstanding artistic performance .

In 2008, Macht became known to a large audience through the lead role in Frank Miller's comic book adaptation The Spirit . Since 2011, Macht has starred as Harvey Specter in Suits , a USA Network lawyer series .