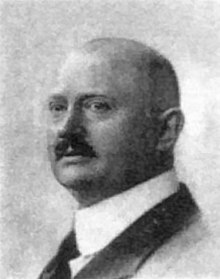 Beythien was the son of a master bookbinder. After attending elementary school and secondary school in his hometown, he completed a commercial apprenticeship from 1888 and then did military service with the Hanoverian Train Battalion No. 10. He then took over the management of the Hanover House and Landowners Association, which he held until 1923. In addition, he has been active in discount savings associations since 1898 and was one of the founders of the Association of Trade Protection and Discount Savings Associations in Germany, a representation for trade and commerce based in Hanover , whose business he has been in charge since then. In 1917 Beythien also took over the office of President of the Reich Federation of German Food Trade Associations. In addition, he was the managing director of the Association of Distillery Owners and Pressed Yeast Manufacturers in Germany in Berlin as well as a board member of the German Association of Small and Medium-Sized Enterprises and the International Association for the Study of Medium-Sized Enterprises in Brussels . As such, he gave lectures at international SME conferences in Vienna , Paris and Munich .

Heinrich Beythien was married to Luise Faber , with whom he had three daughters and three sons. His brother Adolf Beythien was a chemist and director of the chemical investigation office of the city of Dresden. His grave is on the Wilmersdorfer Waldfriedhof Stahnsdorf .

Beythien joined the DVP after the November Revolution and was elected to the party's central executive committee. He was also a member of the Inter-Parliamentary Union .

He was a city ​​councilor (member of the Citizens Committee) until September 1919 and then a Senator of the City of Hanover until 1923. In the Reichstag election in June 1920 he was elected to the German Reichstag for the first time , to which he was a member until 1930 as a representative of constituency 15 (East Hanover). From May 21 to July 1932 he was again a member of the Reichstag as a replacement for the late MP Wilhelm Kahl .