The Boje family was one of the so-called pretty families in the 18th and 19th centuries .

Boie was the son of the Meldorfer preacher and later provost of Flensburg Johann Friedrich Boie. He studied law at the University of Jena from 1764–1767 , and from 1769 in Göttingen . There, together with Friedrich Wilhelm Gotter, he founded the literary collection of Göttingen Musenalmanach , of which he was the sole editor from 1770; In 1774 he resigned from the editorial office. Boie succeeded in opening the almanac increasingly to the modern literature of his time. In particular, the almanac for 1774 became the forum for the new generation of writers. The authors included Goethe, Hölty and Bürger. In the course of this, the Musenalmanach became a popular form of publication in the German-speaking world. Boie's collection is the cornerstone of the German almanac culture that lasted until early Romanticism. In 1776 Boie went to Hanover as a staff secretary. From 1781 he held the office of governor in Süder- Dithmarschen . Since then he has lived again in Meldorf, where he befriended the Arabian researcher Carsten Niebuhr .

On September 12, 1772, Johann Heinrich Voss , Johann Martin Miller , his cousin GD Miller, Ludwig Christoph Heinrich Hölty , Johann Friedrich Hahn and Johann Thomas Ludwig Wehrs founded the so-called Göttinger Hainbund . Boie had gathered these poets and young men around him as a mentor. His almanac, which appeared annually, became the mouthpiece of the Hainbund. 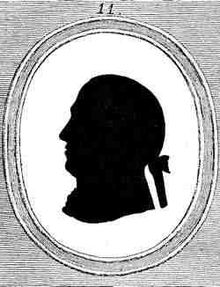 From 1776 to 1788 Boie was the publisher of the Deutsches Museum , initially together with Christian Wilhelm von Dohm and later alone, and from 1789 to 1791 the continuation of this series, the Neues Deutsches Museum . The varied and extensive monthly published, among other things, literary, philosophical and political treatises. Herder, Goethe and Klopstock were among the contributors. The "Deutsches Museum" became an important organ in the history of the German magazine industry. Boie translated R. Chandler's travels in Asia Minor and Greece from English.

Boie's sister Ernestine married the poet and Hainbund founder Johann Heinrich Voss in 1777 , whom she had met in previous years through the contacts of her brother.

Boie himself married Luise Mejer in June 1785 , with whom he had a long friendship (letters), but who died only a year later with the birth of the first child. His second wife was Sarah von Hugo in 1788 , with whom he had several children (including twins). The son Heinrich Boie died on Java of a tropical disease, the older brother Friedrich became a lawyer and ornithologist.

In Göttingen, Boie lived at Barfüßerstraße 16 from 1769–1776; there is a memorial plaque on the house today .