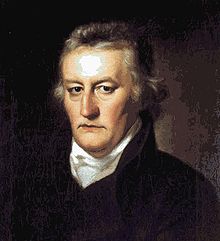 Anton Matthias Sprickmann was born in Münster in 1749 as the son of the episcopal personal physician Johann Christoph Sprickmann. His mother was Anna Maria Theresia Pictorius, daughter of the master builder Gottfried Laurenz Pictorius from Münster .

Sprickmann taught law and history in Münster , Breslau and Berlin . He was a member of the Munster circle and between 1812 and 1819 friend and supporter of the future writer Annette von Droste zu Hülshoff , whose parents lived in the town courtyard next to his house from 1790–1795.

In his literary work Sprickmann was close to the Göttinger Hain , but his German imperial and legal history also received attention in the professional world. The handwritten manuscript is in Sprickmann's estate in the manuscript department of the University and State Library of Münster . It is still awaiting further processing and publication.

Sprickmann was a friend and admirer of Goethe. Together with Princess Gallitzin , he visited Goethe in Weimar in September 1785 . Goethe called him - and the other visitors - "interesting acquaintances" (letter to Knebel of November 18, 1785). Goethe also staged Sprickmann's comedy Der Schmuck on April 30, 1800 in Weimar. In 1827 Goethe thanked Sprickmann in writing for the greetings he had brought.

A letter from Annette von Droste-Hülshoff to Anton Matthias Sprickmann from 1819 was added by Walter Benjamin to the collection of letters from German people .

Freemason and friend of Blucher

Sprickmann was also the founder of the Münster Freemason Lodge Friedrich zu den drey Balken . During his studies in Göttingen he got to know Freemasonry and on October 1st, 1778 founded the lodge that still exists today. Here he also got to know the future Marshal Gebhard Leberecht von Blücher , with whom he had a close friendship throughout his life. On July 3, 1802 (after the Peace of Lunéville ) Blücher moved into Münster as a Prussian lieutenant general with his troops and was temporarily also master of the chair of the Münster lodge. Allegedly harbored Blucher for Sprickmann a "great love" and took in the New Year's night in 1814 the youngest son (from his second marriage), the Lützower hunters Hermann Sprickmann with over the Rhine to fight against Napoleon I. Originally Sprickmann was in the box to the golden circle in Göttingen on May 8, 1776, which excluded him on February 3, 1779 because he transferred to a lodge of the Strict Observance , namely to the Wetzlar Freemason lodge Wilhelm to the three helmets under the order name from Imbre ; at that time he was working for his rule at the Reich Chamber Court there. Other important personalities were also members of the Wetzlar Freemasons , such as the then assessor and later reformer Reichsfreiherr vom und zum Stein , with whom Sprickmann became friends. From 1788 to 1799 Sprickmann's brother, the cathedral builder and canon Bernhard Sprickmann (1750-1810), was also lodge master in Münster. Sprickmann later turned away from the Freemasons. In 1782 he became a member of the secret order of the Illuminati founded by Professor Adam Weishaupt in Ingolstadt in 1776 and head of the order's branch in Münster under the name of Johann Huss .