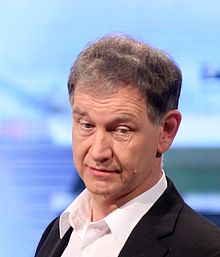 After primary and secondary school, Hubert Ulrich learned the trade of toolmaker . After completing his training, he worked as a quality inspector at Ford . However, he acquired shortly after the end of training on the second-chance education secondary school qualifications. After successfully completing the technical college, Ulrich first studied aerospace engineering in Aachen . In 1983, he started industrial engineering at the University of Technology and Economics in Saarbruecken study. Ulrich graduated with a degree in industrial engineering .

Hubert Ulrich lives today in Saarlouis-Beaumarais . He is married to Esther Woll and has three daughters and a son. 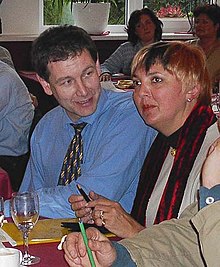 Ulrich began his political career in Saarlouis in 1982. In the same year he became chairman of the local association of the Greens. In 1987 Ulrich became district chairman, and from 1991 to 1999 he was state board spokesman for the green state association. In between he was a member of the city council of Saarlouis, the district council of the Saarlouis district and finally the Saarland state parliament.

In 1985 Hubert Ulrich traveled to Matiguás (Nicaragua) in his role as city councilor of the district town of Saarlouis and a member of the 'Project Partnership 3rd World eV' association and was one of the initiators of a project town partnership between Saarlouis and Matiguás that has existed since 1986. In 1986 he was a co-founder of the 'Citizens' Initiative Against Cattenom' Saarlouis against the Cattenom nuclear power plant. In 1987 he was also involved in founding the State Atomic Monitoring Association Saar eV (short: LAUS).

In 1994 he supported a campaign to preserve the Saarlouis city forest, which should be cleared for the construction of a sink pond . Through the Red-Green city council coalition in the district town of Saarlouis, the Greens succeeded in bringing a lawsuit by the city of Saarlouis against Saarberg , which was filed in 1995 and led to success in 1998. Ulrich is still considered a vehement opponent of coal mining .

Ulrich resigned from all offices in 1999 because of a so-called company car affair. He had bought four cars with government discounts and then resold them for a profit. The public prosecutor's office started an investigation but closed it in 2001 because there was no criminal liability. Ulrich then became political director of his party in 2001. In May 2002 he was re-elected as state chairman and was always confirmed in this office in the following years.

In 2002 Ulrich moved into the German Bundestag .

In the state elections in Saarland in 2004 , Ulrich ran as the top candidate for the Greens, who managed to get back into the state with 5.6%. Ulrich became chairman of the parliamentary group. He resigned his parliamentary mandate, Jutta Krüger-Jacob moved up for him. In the 2009 election (5.9%) and the 2012 election (5.0%) the Greens were re-elected, Ulrich remained the parliamentary group leader. Most recently, he was also the spokesman for the topics of economy and labor, mine safety and post-mining , environment and consumer protection, issues relating to the protection of the constitution and justice, constitutional and legal issues and chairman of the mine water investigation committee.

Hubert Ulrich is also the spokesman for the OV Saarlouis der Grünen, a member of the Saarlouis city council and a board member (vice-president) of the American football club Saarland Hurricanes .

After the state elections on August 30, 2009, the Greens played the role of kingmaker due to the various coalition options (CDU-FDP-Greens (“ Jamaica-Coalition ”) and SPD-Left-Greens) . In this situation Ulrich voted against a red-red-green alliance and for Jamaica at a state party conference on October 11, 2009. This decision was particularly controversial, as a donation of € 47,500 from the company of an FDP politician went to the Greens before the state elections. In this context, it was also critically discussed in the media that Ulrich was employed as a part-time job in addition to his political activities as a marketing manager for the IT service provider think & solve, whose shareholders include the FDP district chairman Hartmut Ostermann. The party congress followed this line and voted for a Jamaica coalition with 115 of 130 votes cast. Various delegates then claimed that Ulrich had put pressure on them to vote for the Jamaica coalition before the vote. Other well-known Jamaica critics were deprived of their delegate office at short notice.

This decision met with a great response nationwide, as such a political constellation has so far only been considered theoretically. The reactions of other political parties and the nationwide media ranged from extreme rejection to clear applause. In the coalition agreement, the coalition committed itself, among other things, to the nuclear phase-out and an additional community school.

On January 6, 2012 the coalition was terminated by Prime Minister Annegret Kramp-Karrenbauer .