Katz graduated from George Washington University with a degree in philosophy in 1954 . In the following three years (1954–1956) he worked in counter-espionage in the US Army . He received his PhD in Princeton in 1960.

First he attended the Massachusetts Institute of Technology (MIT) as a research participant from 1963 , but then rose to the rank of professor of philosophy. In 1975 he moved to the New York City University ("The Graduate Center of The City University of New York "), where he taught philosophy and linguistics and also lectured at universities around the world.

Katz was a pioneer in the field of interpretative semantics and related philosophical aspects. His publication "Semantic Theory" (Harper & Row, 1972) had a great influence on philosophy, linguistics , psychology and the new cognitive science . In total, Katz wrote ten books and published more than seventy scientific publications .

Jerrold Katz published the semantic theory together with the cognitive scientist Jerry Fodor as a supplement to Noam Chomsky's version of Generative Transformation Grammar . 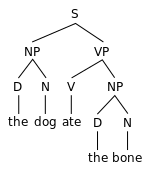 Chomsky and his co-workers did not want to add another language description to the large number of existing language descriptions. Instead, they wanted to explain - in conjunction with the scientific findings of their time - how the language system works, i.e. H. With which rules a speaker can formulate correct sentences and a listener understands them. The prerequisite for such competence is the creativity of the speaker / listener: He is not only able to recreate and understand conventionally understandable sentences in a language , but also to create new ones according to his needs or to decipher these previously unheard strings. The known rules therefore enable a projection onto an infinite number of previously unknown combinations. Fodor's idea served as an explanation that abstract structures of the language of the mind , which are localized in certain brain regions ( phrenology ) are responsible for this language competence : These generate the diverse structures and meanings of the linguistic utterances through transformations. Fodor assumes a genetic predisposition, so every person can have this language competence. When learning to speak, the child only needs to acquire the lexical units and morphemes in their social environment and connect them to the structures. Like Chomsky, Fodor believed that the human brain works in a similar way to a computer and that the processes can be noted in mathematical formulas . One can try to reproduce this language - and thus the process of language generation and understanding - through causal sequences and rules and to model a universal basic language for an ideal speaker / listener. The mathematical symbols of graph theory - used in computer science - are used in conjunction with algorithms : The basic form is the tree graph : The graphic shown shows the decomposition of a sentence in Chomsky's constituent analysis . In his early version of Generative Transformational Grammar, Chomsky only included the grammatical categories and relations of the sentence. The neglect of the word meaning has been criticized by various scholars. Katz and Fodor therefore developed the theory of the semantic component . Chomsky integrated this model into his standard theory .

The model of semantic interpretation

Katz and Fodor define their field of research on the one hand against the earlier Chomsky grammar model (parts of speech, sentence structures, etc.) - and on the other hand against the extra-lingual contexts (such as the speech situation and the social context), the knowledge of which is a prerequisite for understanding many linguistic utterances is examined by the linguistic pragmatists.

As an upper limit, both stipulate that their model with its formal notation is unable to grasp the way in which the understanding of a sentence is based on the knowledge of external relationships. In this way, Katz / Fodor distance themselves from earlier views of semantics that made these claims. The limitation is intended to determine only a speaker's knowledge of his language (language competence). A distinction must therefore be made between its semantic theory and the theory of speech generation / speech recognition, which - taking into account psychological aspects such as motivation and current memory performance - explains how the rules are used in real production. In this context, developmental factors, genetic dispositions, cognitive learning processes and socialization conditions must be taken into account. A prerequisite for such a model of language generation that seeks to clarify “how is acquired and used” is, however, its language theory, which examines “what is acquired and used”. Katz / Fodor see their semantic interpretation as the basis of a complete linguistic theory of relationships.

As the lower limit of the range of semantic theory , they determine the competence of the language participant, which cannot be explained by grammar alone. They explain the difference by comparing a person with the deficits of a translation machine that mechanically assigns the lexicon entry to each morpheme of a sentence - with a collection of possible meanings (= grammar). With this, Katz and Fodor demonstrate that - for correct semantic interpretation - application rules (projection rules) are required which - based on the grammatical and lexical features - select the appropriate meanings for the grammatical sentence structures. This competence is known as the "ability to interpret sentences". This will identify content relationships, ambiguities, anomalies and paraphrases , etc. With their semantic theory they try to complement Chomsky's system by explaining the interpretive ability of the speaker and modeling this process. The set of rules that gives the sentence a meaning (the semantic component ) is what Katz / Fodor call semantic interpretation .

The following example sentence shows how Katz / Fodor proceed when modeling this process: The man hits the colorful ball : Following the example of the graphic above, the sentence is broken down into its lexical and structural units down to the words. As an extension of the tree graph, Katz / Fodor enter all properties and possible meanings of the words, such as ball and colorful :

Katz / Fodor start the interpretation process on the lowest level (i.e. with the NP within the VP) by comparing the lexicon entries of the individual ambiguous words and chains with regard to homonymy and compatibility (colored, ball → colored ball). The possible meanings are summarized in the higher-level node with the help of projection rules . The NP ( the colored ball ) is hit with the predicate (V)

in relation, again checks the different meanings, selects the fits (compatibility) and summarizes the set of derived branches in the VP node . The decision ( disambiguation ) is made in each case as to what is semantically normal and anomalous. Finally, the NP (subject) of the man is associated with the VP. With the projection on the top S - node that is semantic interpretation completed.

The semantic relation rules can - as a supplement to the process described above - be formulated in simplified form as follows:

In summary, it can be said that the semantic interpretation process is in principle based on the sentence structure, i.e. the sentence parts, and that in the constituent structure tree, the information is compared from bottom to top.

→ see also The Linguistics Wars - Lakoff versus Chomsky In the field of linguistics , it is criticized that Katz / Fodor do not want or cannot model variable context and speaking situation-dependent meanings of words and sentences in a mathematically adequate manner: The delimitation of their theory from the use of language in speech constellation and Relationship fields between the language participants are determined by the mathematical modelability and not by the comprehensive tasks of linguistics. This takes up a discussion about algebraization from the philosophy of language , especially logic . Both Katz / Fodor and Chomsky are committed to a conception of science which, in the tradition of Rudolf Carnap and other representatives of ( logical empiricism ), deals with an analysis of language based on the model of mathematical language, which they regard as the universal language of science.

The method critique is connected with the fundamental question of the essence of language and the task of a grammar. The semantic theories of the TG are scrutinized primarily on the part of pragmatics - with reference to Ludwig Wittgenstein's view that the meaning of a word is equal to its use. For example, reference semantics, socio- and psycho-linguists dispute the hypothesis of a universal basic language with an ideal speaker / listener. As a starting point, you choose the everyday use of language, which, in addition to successful communication , includes unwanted and conscious deception (lies, concealment through vagueness of expression, persuasion and other manipulations). To explain the phenomenon that ambiguous or ambiguous utterances are understood differently by different listeners, the semantic theory must work with different codes and assume errors made by the speaker / listener when applying the rules. But even then, the intentions of the language participants in concrete situations cannot be recorded using the methods described above.

The pragmatists receive support from the radical constructivists and especially the neurobiologists Varela and Maturana , who are of the opinion that it is one of Fodor u. a. The postulated speaker-listener idealization does not exist in reality, but that each individual speaker / listener develops his / her skills in a cybernetic process from childhood within the framework of his socialization and speaking / listening are individually filtered.

Jerry Fodor's goal of not only mapping the basic system , which is concentrated on delimited brain regions , but also using the transformation rules to explain both the generation and the recognition of language through new research in cognitive science experiences a further impairment . According to this, the diverse networked brain has the ability for intensive parallel processing ( connectivity ). While Fodor suspected the language of the mind to be in certain brain regions, it is now known that a number of relatively broadly distributed areas are involved in language processing, with most language processing zones developing in the second year of life. From this perspective, the approach of a generative transformation grammar with a genetic disposition of the basic structures would lose its foundation.