Malacology (from the Greek μαλακός malakos , 'soft') is a traditional name for the field of research on molluscs ( molluscs ). In Germany today, the term malacoology ( molluscology ) is almost synonymous .

Early mollusc assemblies have been around since the 18th century. In 1794, Georg Gustav Detharding (1765–1838) published a compilation of the molluscs of Mecklenburg.

The following is a list of important (former) malacologists from German-speaking countries: 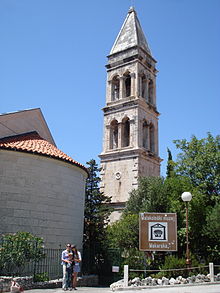 Many institutions and societies as well as volunteer researchers still refer to themselves as representatives of malacology or malacozoology. The term is often replaced by molluscology or mollusc research. University and museum scientists who deal with molluscs, on the other hand, often call themselves zoologists, systematists, palaeontologists, ecologists, evolutionary biologists, neurobiologists or marine biologists, depending on their orientation, focus and methodology of their occupation.

In addition to basic research, malacology is also devoted to practical issues (applied malacology), for example in agriculture, where snails can act as plant pests, and in medicine, where they act as intermediate hosts for human pathogens ( schistosomiasis ) and can cause deadly dangers from poisons ( cone snails ) .

Significant research facilities, each with several scientists and some with significant collections of malacological orientations, can be found at several locations in German-speaking countries, especially at the Museum of Natural History in Berlin , at the University of Munich and the Bavarian State Collection, at the Senckenberg Museum and at the universities of Frankfurt a. M., Gießen, Hamburg and Basel. In northern Germany, the House of Nature in Cismar , Ostholstein , deserves a special mention.

The most important Austrian mollusc collection is at the Natural History Museum in Vienna .