The 2005 revised to 2007 skeleton of Giraffatitan , long considered Brachiosaurus considered 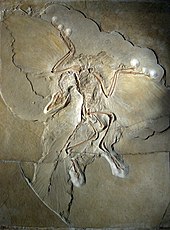 The mineral hall shows part of the mineral collection

Some grenades in the mineral room

200 years of the Museum für Naturkunde Berlin: Postage stamp from 2010

The Museum für Naturkunde Berlin is next to the Senckenberg Museum in Frankfurt and the Zoological Research Museum Alexander Koenig (ZFMK) in Bonn the largest natural history museum in Germany. The holdings include more than 30 million objects. Originally part of the Humboldt University of Berlin , it has been a foundation under public law since January 1, 2009 with the full name "Museum für Naturkunde - Leibniz Institute for Evolution and Biodiversity Research" (often referred to as "Natural History Museum" for short; before 1945: "Zoological Museum of the Friedrich-Wilhelms-Universität zu Berlin"). It is a member of the Leibniz Association and is located on Invalidenstrasse , in the Oranienburger Vorstadt in the Mitte district ( Mitte district ) of Berlin . The Natural History Museum can be reached via an underground station of the same name .

In English-speaking countries, the abbreviation “Humboldt Museum” is also in use, but this is misleading as there is also a Humboldt Museum in Berlin in Tegel Castle , which is dedicated to the brothers Wilhelm and Alexander von Humboldt .

From mid-December 2015 to the beginning of 2020, the first original Tyrannosaurus skeleton exhibited in Europe was temporarily on show on loan from “ Tristan Otto ” to the Natural History Museum . From mid-2021, Tristan Otto will be on display again at the Museum für Naturkunde as part of a new exhibition.

When the Berlin University , today the Humboldt University of Berlin, opened in 1810 , the natural science and medical collections were brought together in museums for the first time and made accessible to the public. Due to the constantly growing collections, the rooms in the main building on Unter den Linden soon became too small and a separate collection building was planned on the site of the former iron foundry in Invalidenstrasse . The Museum of Natural History was to be the central building ensemble of the Geological State Institute (construction period: 1875–1878), Agricultural University (construction period: 1876–1880) and Museum für Naturkunde (construction period: 1883–1889). The originally three-winged building, designed according to plans by August Tiede , opened in 1889 and united three previously independent institutions of the Berlin University: the geological-paleontological, the mineralogical-petrographic and the zoological museum.

In 2005 the skeleton of Brachiosaurus brancai was dismantled, which had been put together in 1937 from several partial skeletons and modeled additions. It was newly preserved and reorganized in the spring of 2007 according to current scientific knowledge. Since then, the skeleton is one meter taller than before, as the front legs are stretched out and mounted under the body. In addition, the tail was no longer reconstructed lying on the ground, as it is known today that Brachiosaurus, like all other dinosaurs, did not drag its tail on the ground, but carried it above the ground.

The dismantling of the dinosaurs was necessary because of the renovation of the roof and the entire large exhibition hall, which was financed with funds from the European Regional Development Fund ( ERDF ), the State of Berlin and the German Class Lottery Foundation Berlin. With a total volume of around 16 million euros, four halls and a stairwell were renovated and completely redesigned with multimedia components. The reopening took place on July 13, 2007 with new exhibitions on the evolution of life and the earth. Within a year of this reopening, over 731,000 visitors have visited the museum.

The in World War II destroyed on February 3, 1945 a bomb attack and has since been ruinous east wing was rebuilt in mid-November 2006, after ten years of planning for EUR 29.6 million, was until he released in September 2010 to the public. Around 80,000 glasses with liquid preparations from fish and reptiles in 70 percent alcohol are on display there. In January 2012, the reconstruction of the east wing carried out by the architects Diener & Diener was awarded the DAM Prize for Architecture in Germany .

In November 2018, the state of Berlin and the federal government decided to expand and renovate the house for over € 600 million. Among other things, the exhibition area is to be increased from currently 5,000 to 25,000 square meters and the digital indexing of the collection is to be promoted. The latter can be watched live in one of the exhibition halls (currently suspended due to the exhibition being closed due to the coronavirus pandemic).

The museum is best known for a skeleton originally classified as Brachiosaurus brancai , the world's largest assembled skeleton of a dinosaur . It was voted Fossil of the Year 2012 by the Paleontological Society . The best preserved skeleton of the genus to date was found by a German expedition in the Tendaguru layers of what was then the colony of German East Africa , now Tanzania. The art epithet brancai honors the then museum director Wilhelm von Branca , who made it possible to finance the expedition. However, a detailed study by Taylor was published in 2009, which compared the constructed skeleton with the holotype of Brachiosaurus and came to the conclusion that the Tendaguru material should be placed in its own genus Giraffatitan .

The giraffatitan is the central element of the exhibition "Saurierwelt" in the covered atrium of the museum. This exhibition is dedicated to the Tendaguru site ( Upper Jura ). In addition to the Giraffatitan, another six dinosaurs can be seen: Dicraeosaurus , Diplodocus , Kentrosaurus , Allosaurus , Dysalotosaurus and Elaphrosaurus . Exhibition islands are dedicated to the airspace or the aquatic area of ​​Tendaguru. In the atrium to see is also the original very well preserved an Archeopteryx ( "Berlin specimen"), the widely considered the oldest bird known paraves from Solnhofen in southern Germany.

In the “Evolution in Action” room there is an exhibition on today's diversity of life forms ( biodiversity ) using the example of animals. A “biodiversity wall” twelve meters long and four meters high with 3000 different animals gives an impression of this diversity. The exhibition shows the animal world as the result of evolution that began about 3.5 billion years ago. It's about the mechanisms that work here and what results they lead to. In a media installation, the museum contrasts biological diversity with intellectual diversity: the diversity of people's view of the phenomenon of life is presented on the basis of seven basic questions.

The museum's collections that are outside the exhibition area include the animal voice archive as well as objects from mineralogy , zoology and paleontology and, since 2004, the embryological collection of Ambrosius Hubrecht and James Peter Hill (1873–1954) with approx. 80,000 histological specimens. In total, the collection comprises over 30 million objects, including 130,000 bird preparations with around 90% of all bird species worldwide and 130,000 fish preserved in alcohol. In addition to its public educational mandate with permanent and special exhibitions and educational programs, the museum sees its tasks in the scientific documentation and interpretation of animate and inanimate nature.

Current research topics are the reconstruction of the evolution of different animal groups, biodiversity research in today's habitats, zoo diversity in the change of environment and use, among others in southern Africa, biogeography , paleoecology , the early development of solar systems , the impact of asteroids on the earth and their impact on the Earth's crust and the biosphere , educational research, provenance research and science research .

Reinhold Leinfelder was General Director from January 1, 2006 to December 31, 2010 . After a period in which Ferdinand Damaschun was acting general director of the museum, Johannes Vogel has been the new general director of the museum since February 1, 2012 . Stephan Junker has been the museum's managing director since September 1, 2011. Gregor Hagedorn is Academic Director and Coordinator for national and international research infrastructure.

Since January 1st, 2009 the Museum für Naturkunde has been a member of the Leibniz Association because of its supraregional importance and the national interest in its research work . It sees itself as an integrated research museum and, through its activities in relation to citizen science and the digital development of its collection, aims to become an "open, integrated research museum" which, with the triad of tasks of collecting, researching and communicating, assumes a function as an interface between science and society.