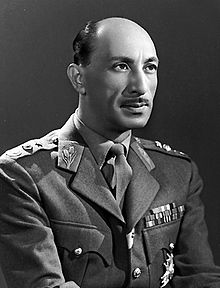 Mohammed Zahir comes from the Pashtun dynasty of the Mohammedzai, whose tribal area is in the vicinity of Kandahar and which has ruled Afghanistan since the 18th century. Trained in France, the prince was appointed deputy war minister on his return at the age of eighteen and a few months later he was appointed minister of education.

After the murder of his father Mohammed Nadir Shah on November 8, 1933, he ascended the throne at the age of 19. However, the real power, beginning with the authoritarian rule of Prince Sardar Mohammed Haschem Khan , was exercised by his uncles as prime minister. It was not until 1964 that a new constitution was passed by the Loya Jirga (Grand Council) and the constitutional monarchy was introduced. During this time, the king campaigned for further reforms: women were given the right to vote and were allowed to attend schools, the country's medieval infrastructure was improved and the country opened up to the outside world. For many Afghans, this time represents the last positive memory in the last few decades.

On July 17, 1973, Zahir Shah was overthrown during a spa stay in Italy by a military coup by his cousin and long-time Prime Minister Mohammed Daoud Khan and abdicated on August 24, 1973.

Since 1973 Mohammed Zahir followed the political events in Afghanistan from his exile in Rome, but made no attempts during the Soviet-Afghan War and the subsequent civil war to influence developments in his country.

After the start of the US-led war against the Taliban regime in Afghanistan, the ex-monarch offered himself as a mediator in October 2001 and was one of the driving forces that u. a. made possible an orderly new beginning by convening a Loya Jirga . On April 18, 2002, Zahir Shah returned to Afghanistan as a "citizen", declared his resignation as head of state and opened the Loya Jirga on June 11, 2002, which, after the defeat of the Taliban regime, made fundamental decisions to rebuild Afghanistan. Since 2004, Mohammed Zahir was called Baba-e Melat (Father of the Nation) .

Heads of State of Afghanistan