This article deals with the German sexologist Albert Moll; For the doctor and medical historian of the same name from Württemberg, Johann Christoph Albert Moll, see there.

Albert Moll (born May 4, 1862 in Polish Lissa ; † September 23, 1939 in Berlin ) was a German doctor , psychiatrist and sexologist. Together with his opponents Iwan Bloch and Magnus Hirschfeld , he is considered to be one of the founders of modern sexology . He was also one of the first scientists who dealt with questions of hypnosis . In addition, he endeavored to scientifically combat quarreling as well as occultism and its methods.

Albert Moll was born as one of three children of the Jewish businessman Isidor Moll in Polish Lissa (today: Leszno) and attended grammar school in Groß Goglau . His early childhood interests were in the military and the occult (the latter he later fought as an occult science).

He began to study medicine in Breslau in 1879 , completed his Tentamen psysicum there in November 1881 and then continued his studies in Freiburg im Breisgau , Jena and Berlin. In the latter city he received his doctorate in 1885 with Julius Wolff with a dissertation on the anatomy of the joints and also dedicated this work to his teacher. During the Nazi era , he denied any reference to the Jewish physician and put forward Rudolf Virchow in his biography, published in 1936 .

Regardless of the later development of contemporary history with regard to Judaism, he abandoned his personal connection to the Jewish doctrine of the faith in May 1885 and converted to Protestantism through his Protestant baptism , which was officially certified in 1886.

After completing his studies, he went on a two-year journey through Europe and visited important doctors in Vienna , Budapest and London . In Paris he learned the method practiced by Jean-Martin Charcot to cure hysteria through hypnosis . In Nancy he joined the psychotherapeutic school founded by Ambroise-Auguste Liébeault and Hippolyte Bernheim , from which Freud (two years later) also benefited. In Graz he met Richard von Krafft-Ebing , the author of the recently published Psychopathia sexualis .

Finally, in 1887, he settled in Berlin as a neurologist, where he first used hypnosis as a means of therapy.

Moll was politically conservative, never married, and devoted his life to research. He must have often looked like a contentious loner. He despised both Hirschfeld and Freud as "scientific charlatans " and countered many of their steps with his own initiatives.

In 1889 he published the textbook Die Hypnose . He sought to expand this technique into a new "association therapy" and thus to convert homosexuals into heterosexuals.

In his 1891 work Die Conträre Sexualempfichtung on the subject of homosexuality , he deals with 41 famous cases.

At the first international congress for experimental psychology in Paris in 1889, the difference between hypnosis and the state evoked by Mesmer's magnetic strokes could not yet be differentiated. Moll answered this question in 1892 in his treatise Der Rapport der Hypnose , where he describes for the first time that the methods of initiating hypnosis are different, but the states achieved are the same. As a hobby he also pursued the unmasking of spiritists and spiritism , which was very fashionable at the time. This made him popular in the press.

In 1897 he published his studies on the libido sexualis , which clearly influenced the later work of Freud. Like Freud, he also believed in an “instinct”, which he, however, divided into a “detumescence instinct” (discharge instinct) and a “contraction instinct” (instinct to touch).

In the “Badger Letter”, with which Axel von Varnbuler tries to win back the love of the divorced Kuno von Moltke , the author expresses himself about the lack of understanding of the “majority of people” towards more differentiated and sensitive men, and after a reference to Dostoyevsky's novel Der He writes idiot :

“Even you [Moltke] have always been rejected by many - even of those who wanted you well. You weren't manly enough for them. They shrugged their shoulders pityingly at the good, musical minor ... "

This makes it clear that Moll was counted among the closer circle of trust of the Liebenberg Circle . Except for this notice, bachelorhood and conversion, nothing is known about Moll's personal life. What is certain, however, is that homosexuality plays a central role in his wide-ranging scientific work. The essay How do homosexuals recognize and communicate with one another , published in 1902 ? testifies to inside knowledge.

In the age of the flourishing scientific medicine, the freedom of science initially seemed almost limitless. As one of the few doctors, Albert Moll complained in his book Medical Ethics in 1902 that "doctors, obsessed with a kind of research mania", disregarded law and morality : "For them, the line between humans and animals is blurred. The unfortunate patient who has entrusted himself to them for treatment is shamefully betrayed by them, betrayed their trust, and humans are degraded to guinea pigs. ”He had collected over 600 publications on human experiments for this work. Albert Moll also criticized the cynicism of the Breslau dermatologist Albert Neisser (1855–1916) in his publications on human experiments in the context of syphilis research, as well as his haphazard approach in human experiments.

In 1909 he published his study on the sex life of the child , which dealt with this topic in detail for the first time. In it he consciously ignores Freud's psychoanalysis and does not use its terms, which he rejects as arbitrary and speculative. In this book, Moll also proposes a four-step description of human sexual response for the first time:

Freud accused Moll of plagiarism , and later they were personally enemies. After all, Freud referred to Moll's productions, which received his work critically, only as “inferior”, “dishonest book”, and Moll himself was “a petty, hateful, limited character” in his eyes. Moll visited Freud in Vienna in 1908.

The hostile attitude towards Magnus Hirschfeld was rooted in addition to scientific differences - for example, Hirschfeld's idea that homosexuality is visible in the external anatomy - also in their roles in the trials of the Harden-Eulenburg affair : the expert Hirschfeld classified the plaintiff Moltke with scientific certainty as unconsciously homosexual, whereas the appraiser Moll described him as “not homosexual” in the revision proceedings. In order to save face, Hirschfeld had to give in and admit that Moltke's homosexuality was no longer “in foro”. This sensational turnaround in the process can only be explained by the fact that, after the negative outcome of the first proceedings, Moltke turned to his old friend Moll and persuaded him to prepare an obviously untruthful certificate for himself (and thus also for Wilhelm II ) to save him. The loser Maximilian Harden attributed his defeat to the good cooperation between the homosexuals: “The main expert Moll should be almost exactly the Tütü [= Kuno von Moltke] type. Hinc illae irae [Hence his anger]. ”Harden then blamed“ the trio ”(appraiser) Moll, (regional court director) Lehmann and (editor-in-chief) Levy for his conviction.

In rivalry to Bloch's Handbook of Entire Sexology in Individual Representations (3 volumes, 1912–1925), which remained unfinished due to his early death, Moll published his Handbook of Sexual Sciences with special consideration of cultural-historical relationships (2 volumes, 1911 and 1926), the also contains contributions by other authors, such as B. from Havelock Ellis .

After Hirschfeld, Bloch and Albert Eulenburg founded the first sexological society with the Medical Society for Sexology and Eugenics in 1913 , Moll founded the International Society for Sex Research in Berlin that same year . From 1915 she also brought out the magazine Archive for Sexual Research . After the sexual science discussion had previously been disputed by Bloch and Hirschfeld alone, other voices now also spoke up. It was published by Max Marcuse . After the world's first sexology congress, organized by the Institute for Sexology in 1921 , the International Society for Sex Research organized the 1st International Congress for Sex Research in Berlin in 1926 . It lasted seven days and covered topics from biology to sociology, ethics, aesthetics and religion, and from statistics to economics. Hirschfeld was not invited, but Freud was. The opening session took place in the plenary hall of the Reichstag . A second congress was held in London in 1930.

During the First World War , Moll was an expert on psychological warfare for the “ Great General Staff ” .

Along with Siegfried Placzek and the psychiatrist Emil Kraepelin from Munich, Moll was one of the three reviewers whose work scientifically legitimized the censorship of the film Anders als die Andern (1919) , on which Magnus Hirschfeld had worked, because of the potential for seduction into homosexuality.

On the other hand, on the question of how to proceed with Section 175 , all controversial parties agreed that one must act, even if criticism is expressed, since it is the only harmless way. Otherwise you would have a lot of people come out to the people to present homosexuality to the lowest loathe people they very much appreciate for different reasons.

Although Moll met the Nazi state with open sympathy and - unlike his colleagues - stayed in Berlin, he was persecuted and ostracized and lost his medical license in 1933. In 1936 he still managed to bring out his memoirs under the title A Life as a Doctor of the Soul . On September 23, 1939, he died impoverished of natural causes in his Wilmersdorf apartment. It was the same day that Sigmund Freud died in London. 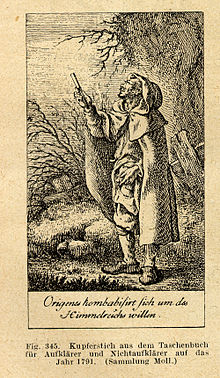