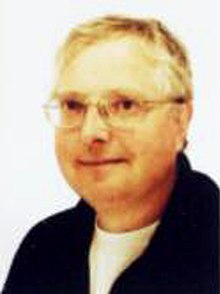 He withdrew from military service in the Bundeswehr in 1967 by moving to the GDR , where he was an unofficial employee of the State Security until 1989 .

Schölzel is the son of Arnold Schölzel, who was mayor of Ritterhude from 1970 to 1995. At the age of 16 he joined the SPD , in November 1966 he graduated from high school. He then went to the armed forces voluntarily .

On August 13, 1967, the anniversary of the construction of the Berlin Wall , he deserted from the Bundeswehr to the GDR . There he was a laborer in Leipzig until 1970 . In 1970 he repeated his Abitur at the adult education center because the West German Abitur was not recognized in the GDR.

It was followed by a study of philosophy at the Humboldt University of Berlin , as he 1974 Diploma - philosopher graduated. In 1982, he was also in Berlin on " Karl Korsch - dogmatic Marxism a contribution to the study of the evolution of philosophical revisionism " doctorate . Until 1994 he worked at the university as a research assistant and senior assistant at the Department of History of Philosophy in the section Marxist-Leninist philosophy . His field of work included the history of philosophy in the 19th and 20th centuries. He has written articles in scientific journals as well as popular scientific articles for radio and daily newspapers. He has also published several books, including Das Schweigekartell , in Kai Homilius Verlag , which represents conspiracy ideological theses on the terrorist attacks of September 11, 2001 .

In 1997 Schölzel became the features editor of the Berlin daily Junge Welt . In February 2000 he succeeded Holger Becker as editor-in-chief. Here he continued his work on the history of philosophy, for example in a conversation (together with Johannes Oehme) with the Marxist theorist Hans Heinz Holz . On August 1, 2016, he was replaced by Stefan Huth as editor-in-chief of Junge Welt and has been working on the RotFuchs editorial team ever since .

Arnold Schölzel is a member of the DKP .

Schölzel lives in Berlin and is married for the second time. He has four children and four grandchildren.

Schölzel was charged with “violating press law” because he had published a text by Inge Viett in the Junge welt in preparation for the Rosa Luxemburg Conference in January 2011 . In it, the author described it as “legitimate” that, when Germany wages war, “Bundeswehr equipment is torched as an anti-war campaign”. On April 17, 2013, the Berlin Regional Court rejected the public prosecutor's petition for appeal, thereby confirming Schölzel's acquittal in the first instance.

After Schölzel moved to the GDR, he signed up under the code name "André Holzer" as an unofficial employee (IM) for the Ministry of State Security . As IM “André Holzer” he was assigned to a student opposition group at the Humboldt University of which he appeared to be a member. At times he passed detailed information on to the Ministry of State Security on a daily basis. The student group included civil rights activist Wolfgang Templin , the former editor-in-chief of the magazine Sinn und Form , Sebastian Kleinschmidt , and the “ BasisDruck ” publisher Klaus Wolfram. In 1991, Schölzel was suspended from teaching because of his IM activity, which lasted until 1989 , and was finally dismissed in 1994. Schölzel's IM work for the State Security is the subject of the documentary film Betrayed - six friends and a spy , which was shown on ARD in 2007. In the film, Schölzel admits to having been IM. When the filmmaker Inga Wolfram , Klaus Wolfram's former wife, asked why he betrayed his friends, he replied: “Hm. Well You betrayed 17 million. "

Stefan Wolle from the research association SED-Staat describes Schölzel as an informant “out of real enthusiasm, who with the greatest perfidy constantly betrayed the people he was friends with” .

In the 2019 European elections , Schölzel ran for 7th place on the list for the German Communist Party .