This article refers to the British pretender to the throne. The US politician of the same name can be found under Charles E. Stuart . 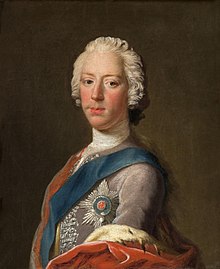 He was named King Charles III by his followers . or "King Karl III.", his opponents referred to him as The Young Pretender ("the young heir to the throne"), in contrast to his father, the Old Pretender .

Charles Edward was born on December 31, 1720 in Rome, where the family had gone into exile. There and in Bologna he was taught by Scottish private tutors. He was soon fluent in Polish , Latin , Italian , French , English and Gaelic . At the age of only 14 he took part in the War of the Polish Succession and witnessed the siege of Gaeta in 1734 . In the following years he spent a lot of time in France to promote the support of the Stuarts . In 1743 his father appointed him Prince Regent with the appropriate powers.

Without his father's knowledge, but with the logistical support of France, which was at war with Great Britain in the context of the War of the Austrian Succession , he set sail from Nantes on June 22, 1745 with the two ships "La Doutelle" and "Elisabeth", to land in Scotland and regain the Scottish and English thrones for the Stuarts. He was accompanied by just seven followers, including Irish, Scots and an Englishman. After landing in the west of Scotland in July, no one initially joined him; only when the loyal following Ranald MacDonald called for armed struggle, Charles Edward was primarily among members of several Highland - Clans raise an army. With this he started the Second Jacobite Revolt , which is called "the Forty-Five" after the year . However, the pledged aid from France did not materialize. Since the opposing power collapsed surprisingly quickly, Charles Edward was initially able to win in a few skirmishes, was celebrated as a charismatic leader and conquered Edinburgh on September 17, 1745 . However, he had to break off an initially successful march on London before the Central English Derby , since a hoped-for rise of the English Jacobites failed to materialize and his Scottish supporters were not interested in a train through England. After retreating to the Scottish Highlands, his army was defeated on April 16, 1746 in the Battle of Culloden by the government troops under William Augustus, Duke of Cumberland and son of King George II , who in the meantime had left the European theater of war with the main forces of the British Army had returned. Although the defeat was not devastating, Charles gave up Edward to prevent partisan warfare .

In contrast to a large part of his fighters, the prince managed to escape. On the subsequent escape he wandered through the highlands and the adjacent islands for five months . Despite the enormous reward of 30,000 pounds on his head, Bonnie Prince Charlie was repeatedly hidden by the supporters of the old royal family there and escaped in women's clothes with the help of Flora MacDonald , who is still celebrated as a heroine in the highlands . Disguised as " Maid Betty Burke", he rowed together with Flora on an adventurous journey across the sea to the Isle of Skye . On September 20, 1746, Bonnie Prince Charlie finally managed to secretly embark and sail to France in the area of ​​Moidart, where his expedition had started a little over a year earlier. He left his comrades-in-arms in this unsuccessful campaign to their fate; many lost their freedom or life at Culloden or the draconian punitive measures that followed. 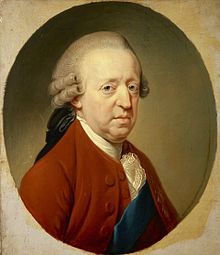 After the unsuccessful invasion, Charles Edward first lived in France. There he had an affair with his cousin Louise de Montbazon and later with Clementina Walkinshaw . The daughter Charlotte emerged from the second connection in 1753. However, since Charles Edward became addicted to alcohol, Clementina soon left him. He chose the “life of an adventurer” and moved several times between Ghent, Basel and France, but gambled away the last goodwill of the continental Stuart-friendly networks that still existed and fell out with his father. In 1772 he married Princess Luise von Stolberg-Gedern . Luise left him in 1780 after accusing him of mistreating her; she also had an affair with the poet Vittorio Alfieri . In the last years of his life, his daughter Charlotte lived with him.

When James Francis Edward Stuart died in 1766, Pope Clement XIII refused . Charles Edward his father's full titles as "King of England, Scotland and Ireland". In 1774 he moved to Florence and called himself "Duke of Albany" (as he is also referred to in some contemporary works).

Charles Edward Stuart died in Rome on January 31, 1788. He was buried in the Cathedral of Frascati , of which his brother Henry was bishop , and in 1807 transferred to St. Peter's Basilica in the Vatican, where his father and brother were already buried. After his death, the Popes posthumously recognized his claims to the crown. 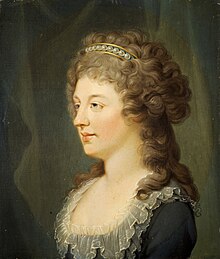 Charles had no legitimate children who were entitled to the throne. But he had a daughter with Clementina Walkinshaw, whom he legitimized in 1783, since his marriage had remained childless: