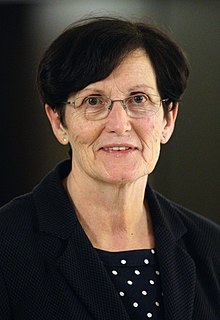 In 1991 and 2006 she admitted that from August to December 1981 she had been an unofficial employee of the GDR State Security . The contact came about at the time after she denounced the vacancy in an apartment in the Allee der Kosmonauten at the council of the city district , which then turned out to be a conspiratorial apartment of the MfS.

From September 1992 to February 2002 Pohle worked full-time as a medical assistant. From 2000 to 2002 she was a member of the federal executive committee of the PDS. From March 2002 to November 2006 she worked as a district councilor for economy, social affairs and health in the Berlin district of Marzahn-Hellersdorf. From 2003 to 2005 she was a member of the Berlin PDS state board. In November 2006 she was elected district mayor by BVV Marzahn-Hellersdorf with the votes of her party and those of the CDU . There she was also involved in the supervisory board of Grün Berlin GmbH. From November 2011 to November 2016 she was Deputy District Mayor and District Councilor for Health, Social Affairs and Planning Coordination. On November 10, 2016, she was re-elected district mayor of Marzahn-Hellersdorf and is also district councilor for urban development, health, human resources and finance.