The earth's envelope comprises the lithosphere (consisting of the earth's crust and the uppermost mantle ) down to a depth of 16 km, the hydrosphere (flowing and standing water ), the atmosphere ( air envelope ) and the earth's biosphere ( fauna and flora ) . 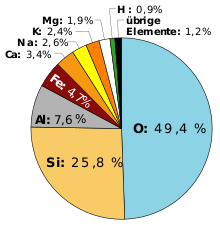