The Bell P-39 Airacobra was a fighter and fighter-bomber produced by the aircraft manufacturer Bell Aircraft Corporation . The mid-engine and the nose-wheel landing gear, which were not yet common at the time, were unusual .

In contrast to the conventional design with a pull propeller, the motor was located behind the pilot's seat and drove the propeller via an elongated shaft that ran between the pilot's knees. The engine sat close to the center of gravity of the aircraft. Part of the space otherwise used by the engine was used for the nose wheel of the retractable landing gear. The horizontal position of the aircraft on the ground made possible by this ensured better visibility for the pilot during take-off and landing.

In addition, the space in the bow was used to install a 37 mm cannon that shot through the propeller hub. The basic idea of ​​this oversized caliber for fighter planes was to enable the fighter to fight bomber planes beyond the range of their defensive fire. The Airacobra made its maiden flight in 1939 , but was initially not taken over by the United States Army Air Corps (USAAC). One of the causes was the lack of high-altitude performance of the production model, which had been removed from the prototype's turbocharger . The RAF was also not satisfied with the machines, which they briefly used from October 1941.

The successor model was the Bell P-63 Kingcobra .

The P-39 was used from the D version by the United States Army Air Forces (USAAF) over New Guinea against the Japanese. The machine did not prove itself there because it had too little engine power for its weight. It was inferior to the Mitsubishi A6M Zero in climbing performance and maneuverability. The poor altitude performance due to the lack of a turbocharger also played a role. Only in a dive did the Airacobra cell cope with higher speeds than its Japanese opponents. The P-39 was therefore replaced by the P-40 Warhawk and P-38 Lightning , which also had a greater range. Nevertheless, the Airacobra proved its worth as a ground attack aircraft over Guadalcanal . In later years of the war, the Airacobra was mainly used as a training aircraft.

The operation of the P-39 over the eastern front was completely different. The Soviet Union took over the vast majority of aircraft (4924 units) as part of the lease and loan agreement and used the model primarily in aerial battles at low altitude. This mode of operation and the fundamentally lower altitude on the eastern front made it easy to get over the missing turbocharger, so that the Soviets were satisfied with the aircraft. The Soviet fighter pilot Alexander Pokryschkin , who was successful with 59 kills, also flew this pattern and scored 48 of his kills with it. Pokryschkin initiated a reform of air combat tactics with his fighter regiment equipped with Airacobras, which made the Soviet armed forces an equal opponent for the air force . However, the Airacobra was not particularly feared by German pilots, they could get off it easily and it was considered easy to shoot down because of the mid-engine.

The difference in the pilots' assessment could not be greater: the Americans called the machine "iron dog". The Soviet aviators valued the "Kobra" or "Bell" very much and elite squadrons were generally equipped with this pattern.

Most of the machines delivered to the Soviet Union were greatly improved versions of the N – Q series built from 1943 onwards, in which the manufacturer Bell had largely eliminated the weak points of the D – K series used by the Americans in spring 1942. For example, the heavy 37 mm cannon, which mostly jammed over New Guinea, was a reliable weapon in Soviet service; it was also frequently replaced by a 20mm Soviet-style cannon. In addition, the air forces of the Soviet Union made their machines much easier by removing area weapons and removing parts of the armor. The cannon and the body machine gun corresponded to the Soviet standard of armament and were considered sufficient.

Above all, the pilots appreciated the good protection provided by the rear engine, the very good visibility through the cockpit, which is far ahead, and the machine's ability to withstand damage. In addition, the equipment with radio equipment in the Soviet models was rather the exception in the first half of the war, and the processing quality was superior to the Soviet aircraft types. The aircraft was also easy to take off and land with the nose wheel landing gear. On the minus side were the poor stall behavior, the moderate altitude performance of the Allison engine, a tendency to spin flat and the relatively short range.

Other users of this fighter were the Air Force of Free France and, after 1943, the pro-Allied Italian Air Force . These air forces only used the model as a ground attack aircraft. 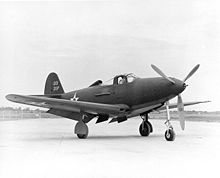 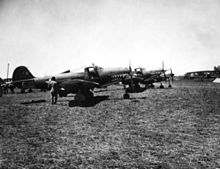 Approval of the P-39 by the USAAF: