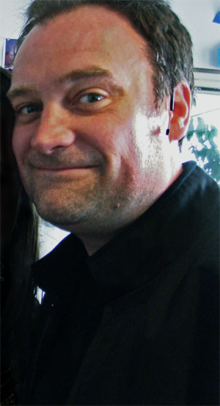 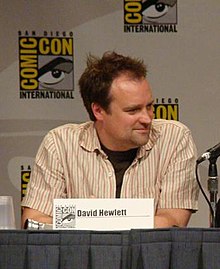 Born in England, his family immigrated to Canada (East Coast) during early childhood. His father is a doctor and Hewlett is committed to Doctors Without Borders .

He attended Toronto's St. George's College Choir School for Boys , where he met his classmate Vincenzo Natali , for whom he would later act in 8 mm and 16 mm films ( Cube , Nothing).

After leaving school, he started his acting career in the late 1980s. Hewlett started his own computer company called Darkyl New Media , named after the horse he learned to ride as a child. As a performer he appeared in (cheap) productions of the horror genre such as The Darkside or Pin and made guest appearances in various television shows such as My Secret Identity and Friday the 13th . He also worked as a computer expert for the Voice-Tel Canada network.

1996 - after appearances in some Canadian films like Scanners II , Desire , Hell at Sunset Motel and a small role in the television series Kung Fu - got Hewlett a greater role on the hit Canadian series The Traders as Grant Jansky, which for the Gemini Award nominated has been. He also won the Golden Sheaf Award for the short film Elevated , in which he played the Security Chef.

Hewlett moved to Los Angeles , where he accepted a role in Emergency Room , among other things .

Then, shortly before Stargate Atlantis , there were films like Nothing (by Natali), Foolproof and Ice Men as well as guest appearances in Without a Trace , The District and leading roles in the SciFi channel films Boa vs. Python and Darklight .

When Stargate launched Atlantis , he wasn't auditioning for Rodney McKay , but for a different role. However, the writers and producers changed their minds and replaced the planned Swedish doctor with the character Rodney McKay. The whole thing was planned at such short notice that Hewlett himself was only officially part of the series on the fourth day of shooting.

In 2007 he produced his first film, A Dog's Breakfast - A corpse for the dog . He also made his debut as a director and screenwriter with this. In addition to himself, his sister Kate Hewlett and Stargate Atlantis co-stars Paul McGillion and Rachel Luttrell as well as the actor Christopher Judge, known from Stargate-SG-1, also take part . His second directorial work followed in 2011 with Rage of the Yeti , and in 2014 he staged Debug - Feindliches System .

In 2011 he was seen alongside James Franco , John Lithgow and Freida Pinto as the Hunsiker in the cinema production Planet of the Apes: Prevolution . In 2012, he was with compatriot Michelle Nolden , for Vincenzo Natali Mystery - Thriller Haunter in front of the camera.

He is married to Jane Loughman and has one son.