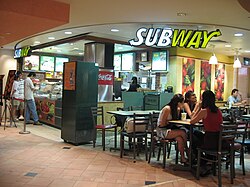 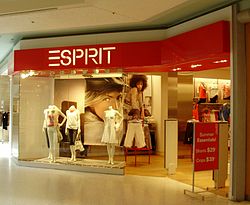 In simplified terms, franchising can be defined as a contractually stipulated business model for vertical cooperation between various partners, in which the franchisor leaves the legally and financially independent franchisees a business concept based on their specifications for use against payment. This clearly distinguishes it from the branch system .

Often, the rights and obligations to use brands , samples or designs are an important part of the agreements between the franchise partners, in addition to imparting know-how. The definition of regional responsibility and the time period are also central.

From the point of view of the franchisor, the advantage of franchising lies in the possibility of spreading the risk and, with the help of motivated partners, to expand the business, especially to international markets. From the point of view of the franchisee, in positive terms, this is the use of a promising business model with an established brand, with the help of capital, know-how and support services from the franchisor.

What is critically worked out about franchising is that it is not an equal partnership. The franchisor is clearly superior to the owner. The contractual relationship contains high risks for the franchisee. Contracts often lack transparency (pre-contractual duty to provide information). There is no legal regulation in Germany and there is insufficient legal security for the franchisee.

Franchising is accused of a tendency towards the standardization of products and services and of predatory competition and monopoly formation . This went hand in hand with cultural leveling (example system catering ), the establishment of mass taste and loss of quality.

The German Franchise Association defines franchising as follows: Franchising is a partnership-based sales system with the aim of promoting sales. The so-called franchisor takes on the planning, implementation and control of a successful type of business. He creates an overall entrepreneurial concept that his business partners, the franchisees, implement independently at their location.

The franchisee is legally a dealer in his own name and for his own account .

There are different views of the cooperation model. While independent systems such as cooperatives, retail chains or agencies were initially set up in Europe , in the USA all distributors cooperating on the same level have been summarized under the term franchising. The close cooperation between franchisors and franchisees, which all remain as a legally independent company, is decisive for the existence of franchising. The cooperation only takes place within a contractually clearly defined framework. A franchise system is characterized by features:

Bottlers of beverages such as Coca-Cola or Pepsi belong to the group of goods and product franchising systems (“Product and Tradename Franchising”). In the 1950s, another form of franchising emerged, the so-called "Business Product Franchising". B. Systems in the hotel industry , gastronomy and trade count.

The main differentiating feature within the various franchise concepts is the content of the contract. In the case of goods and production franchising, the production and sale of a certain group of goods or individual goods is part of the agreements. In this type of franchising, the franchisor can act as a producer who works with a bottler (as with Coca-Cola ). There are also collaborations between wholesalers and retailers. This form of franchising is more widespread in the United States than in Germany, although there are also extremely successful, mostly specialist retail systems such as Fressnapf or OBI .

Service franchising has also become more popular in recent decades. Examples include McDonald’s , Burger King , BackWerk , Hallo Pizza or Subway in the catering industry, the French hotel group Accor (including Ibis , Mercure , Sofitel , Pullman) or the car rental company Hertz in the service sector . Social franchising is the name given to services in the social field.

Development of a franchise system

Not every successful business concept can be multiplied. Depending on the qualifications of the franchisee and the market conditions, it can be more easily reproduced than business models that have not been successfully tested. A simplification and standardization of the business processes should take place on the way to the franchise system. Another aspect of franchising is the high recognition value and consistently good performance of all franchise partners. Standardization is therefore necessary for the market presence.

According to the European Code of Conduct for Franchising, a company should have at least one successful pilot operation in order to be able to expand through franchising and thus become a franchise system. The pilot operation should also be observed over a longer period of time - approx. 1 to 2 years - since this is where the business idea is tested. The knowledge gained during this time can be decisive for the successful multiplication of the business idea.

The manual of a franchise system is the most important element for a successful expansion with franchisees, because it contains all the relevant information and the know-how to implement the business concept ideally. It is extremely detailed and contains specific instructions for the franchisee. Forms and statistics can be found here as well as statements about corporate identity , personnel policy, marketing and controlling .

The term “franchising” is derived from the French word “franchise”. In French, this means exemption from taxes or fees. In the 17th and 18th centuries, “franchise” in France and Great Britain was understood to mean the granting of a privilege that was given by kings to reliable personalities. These personalities had the right to produce or trade in certain products for a fee. In this context it becomes clear that “franchise” includes the use of rights against payment. In the second half of the 19th century, sales systems with depositaries, concessionaires and gérants were widespread, which are the forerunners of today's franchising.

According to the guidelines of the DFV (Deutscher Franchiseverband), the franchisor is obliged, due to his knowledge advantage, to disclose all relevant key figures and calculation bases of the system to a franchisee applicant before signing the contract verifiably (in writing, in the national language) in order to enable the franchisee to assess the opportunities and risks of his own establishment. In the event of a violation of these guidelines, the franchisor faces the risk of extraordinary termination of the contract, claims for damages and civil lawsuits.

The best-known franchise systems certainly originate from system catering . McDonald’s , Burger King and Subway are strongly represented on the German market with franchise partners. But franchise systems are also established in the service, retail, trade, and fitness and wellness sectors. Companies such as Apollo-Optik , Reno , Obi , Portas , Schülerhilfe and Musikschule Fröhlich clearly present the range of franchise systems in Germany. Most of the established car dealers of the major brands such as Mercedes-Benz or Volkswagen AG also work as a franchise system. The only exceptions are the direct branches of the manufacturers and brand-independent dealers.