Frederick V (born March 31, 1723 in Copenhagen ; †  January 14, 1766 in Christiansborg , ibid), who was sometimes also called the Good , was King of Denmark and Norway , Duke of Schleswig and Holstein and Count of Oldenburg and Delmenhorst of 1746 until his death.

Friedrich V was the only son of King Christian VI. of Denmark and his wife Sophie Magdalene of Brandenburg-Kulmbach . He was a little strong-willed regent and completely dependent on advisers, namely Johann Hartwig Ernst von Bernstorff and Count Adam Gottlob von Moltke . His reign was characterized by peace and prosperity in Denmark. He had the Copenhagen district of Frederiksstaden built with Amalienborg Palace . He had the Wasmer-Palais purchased there for stays in Glückstadt , which was then part of the kingdom . After the death of the pietistic Christian VI. court life under Friedrich regained its splendor; the king promoted the arts and sciences. In 1743–51 he called several German scholars and well-known writers of the age of sensitivity and the early Enlightenment period to his court, such as Johann Elias Schlegel , Johann Andreas Cramer , Friedrich Gottlieb Klopstock , Johann Bernhard Basedow and Heinrich Wilhelm von Gerstenberg .

Initially unhappy about the early death of his first wife Louise of Great Britain , he soon married Juliane von Braunschweig-Wolfenbüttel , a sister-in-law of Frederick II . The marriage with his second wife, who historically is considered to be cool and ambitious, but above all sought to uphold the rights of her son Friedrich to succeed to the throne, was unhappy. The king became melancholy, neglected himself and the affairs of state and fell into drunkenness, which could also have been the reason for his early death. His tomb is in Roskilde Cathedral . 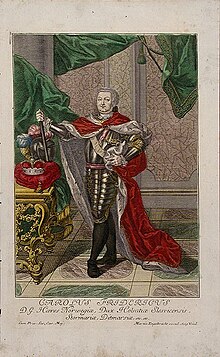 In his second marriage, he married Juliane von Braunschweig-Wolfenbüttel on July 8, 1752 at Frederiksborg Castle ; the marriage resulted in a son: