Julius Wolff was the son of the cloth manufacturer Wolff. He was born in today's house Markt 8/9 in Quedlinburg and attended grammar school in his hometown and then the University of Berlin , where he studied philosophy and economics . After study trips , he returned to Quedlinburg, where he took over his father's cloth factory, which he had to sell in 1869. Wolff founded the Quedlinburger Harz-Zeitung , took part in the Franco-German War in 1870/71 as a Landwehr officer, and after his return in 1872 settled in Berlin as a freelance writer . He was a member of the Quedlinburg Freemason Lodge at the golden scales .

The grave of Julius Wolff, who died in 1910, is located on Luisenfriedhof II in Berlin-Westend in field B 21.13. The relief of the tomb comes from the artist Fritz Schaper .

Wolff is one of the so-called slug disk seals . This term was first used by Paul Heyse in 1884 to characterize contemporary poets who wrote antiquated verse narratives in a pleasing manner about historical subjects and legends and thus made a living. In addition to rhyming stories, Wolff's literary work also includes fiction-like prose, as can be seen from the subtitles of his works. 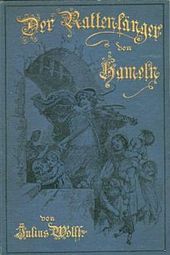 The rat catcher from Hameln 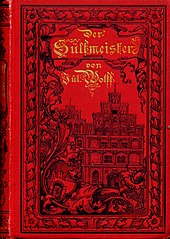