The son of an engineer general he graduated in 1759 the engineering school , worked as a teacher of mathematics and entered 1761 in the Astrakhan an engineer regiment. In 1762 Kutuzov was assigned to the Revaler ( Tallinn ) Governor General Grand Duke Peter August as adjutant wing .

In 1778 Kutuzov married Ekaterina Bibikova. He took part in the campaign against the Polish Confederates in 1764/1765 as well as in the Russo-Turkish Wars , in which he lost his right eye after being seriously injured by a bullet. As major general, on December 21, 1790, he commanded the fifth attack column in the storming of the Turkish fortress Ismajil . General Suvorov explicitly mentioned Kutuzov's courage and ability in his report.

From 1792 to 1794 Kutuzov was the Russian envoy to Constantinople , as well as the official representative of Russia at international conferences. He spent the years 1794 to 1799 in Finland as head of the Land Cadet Corps and as inspector of the troops. In 1798 he was promoted to general of the infantry. From 1799 to 1801 and 1801/02 he was the military governor of Lithuania and Saint Petersburg , respectively . From 1802 to 1805 he had fallen out of favor.

On November 11, 1805 he won the Battle of Dürnstein , for which he was awarded the Grand Cross of the Military Order of Maria Theresa . In 1805 Kutusow was commander-in-chief of the Russian army in the Battle of the Three Emperors near Austerlitz , in which he bowed to the plans of the Austrian commander Franz von Weyrother with great reluctance . Russia fought alongside Austria against Napoleon's army in Moravia , but had to admit defeat.

In 1806/07 he was military governor of Kiev , in 1808 commanding general of a corps in the Principality of Moldova , from 1809 to 1811 military governor of Lithuania and in 1811 commander of the Moldovan front, when he played a major role in the victory against the Ottoman Empire and conquered Bessarabia for Russia.

On June 24, 1812, Napoleon invaded Russia, and the Patriotic War began. At that time, Kutuzov was in command of the 87,000-strong Danube Army. However, the Russian troops under Barclay de Tolly withdrew further and further into the vastness of the country and refused to engage in an early open field battle. After the Battle of Smolensk , 67-year-old Kutuzov replaced Barclay de Tolly on August 20 as commander-in-chief of the Russian troops in the fight against Napoleon. Alexander I did not want Kutuzov, but bowed to the demands of the Russian nobility , which Kutuzov preferred to the Baltic Germans. On August 29th, Kutuzov joined the army near Tsaryovo-Saimishche and ordered the expansion of the positions there to be accelerated. A short time later he ordered the withdrawal. On September 7th he faced the battle at Borodino . The Battle of Borodino was extremely bloody and costly for both sides and ended with a Russian defeat. Kutuzov continued to withdraw with his outnumbered troops and even abandoned Moscow. This decision was made on September 18, 1812 in the council of war near Fili, west of Moscow. The council of war was recorded in 1880 by the Russian painter A. Krivschenko.

With the Pyrrhic victory at Borodino, Napoleon initially succeeded in taking the abandoned Moscow without further struggle , without any offers of negotiation from the Russian side. Of the original 594,000 soldiers, only 81,000 returned and 100,000 were taken prisoner. Kutuzov was criticized by contemporaries for his careful warfare. In the Soviet Union, however, he was later glorified.

The Russian General Langeron wrote in 1812 when Kutuzov left the Danube Army: “Kutuzov has left, he left us all moved when he left. He was very affable and moved himself. May God grant him a field marshal's baton, rest and thirty women, but that he just doesn't entrust an army to him. "

Adam Zamoyski wrote about Kutuzov: “The historical figure of Kutuzov became independent. The prince, who loved luxury, turned into a kind of peasant leader who was supposed to be in conflict with the tsar in an unclear way. Every one of his gross mistakes was presented as a ruse, the aim of which remained undetermined, and every helpless inaction as a brilliant move. " In the eyes of Alexander I , Kutuzov was to blame for Napoleon's escape via the Berezina. That this had no consequences for him was due to the Moscow nobility who supported Kutuzov.

In October 1811 Kutuzov was raised to the rank of count and in December 1812 to the rank of Prince of Smolensk . He died on April 28, 1813 in Bunzlau as Prince Golenishchev-Kutuzov. Shortly before his death he was appointed commander in chief of the Prussian- Russian troops.

The role of Kutuzov in the Battle of the Three Emperors and in the war against Napoleon in 1812 are thematized in the novel War and Peace by Lev Tolstoy . This representation is not historically significant because the Russian patriotic elements are in the foreground. 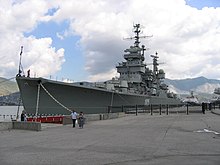 In 1943, Stalin founded the Order of Kutuzov . The former easternmost city of the German Empire Schirwindt was called Kutusowo after the war , and the inner-city part of the Moshaisker Landstrasse in Moscow has been called Kutuzov Prospect since 1957 . In addition, a ship of the Russian Black Sea Fleet and the asteroid (2492) bear Kutuzov Kutuzov 's name.