Opéra is a redirect to this article. For the Paris Métro station, see Opéra (Métro Paris) . 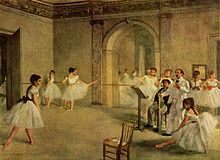 The Paris Opera (official name: Opéra National de Paris ) and its predecessor institutes play an important role in opera history with their style-defining world premieres. The institution of the Opéra has always been viewed as independent of its changing venues. Before the French Revolution (since 1669) it was called the Académie Royale de musique and was incorporated into the Académie Royale .

The Opéra was the official theater of the French court at the end of the 17th century (similar to the Comédie-Française for spoken drama). In contrast to the Comédie-Française, the Opéra did not receive any royal subsidies and had to cover some of its costs by renting out its privileges. Although it was extensively regulated by the king, the Opera Academy was initially a private business of the owner of the privilege he had conferred, but after the years of management by Lully it became consistently in deficit and needed the support of the city of Paris to add the Menus Plaisirs and thus part of it shortly before the revolution of the royal family. At the end of the 18th century, the Opéra-Comique was opened as an institution of a bourgeois counterculture to the Opéra. In the 19th century the nobility withdrew from the opera, and as a counterweight to the emerging genre of the opéra-comique , the grand opéra developed as a new and equally bourgeois pillar of the opéra. From the dance performances of the operas, which were always very important in France, the independent ballet developed here .

The Opéra exists as a “national” institution. 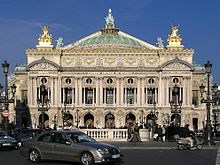 Opened in 1875, the Opéra Garnier is one of the architectural sights of Paris. It has a capacity of 2150 spectators. The design of the staircase, the ballroom and the foyer shows the splendor of the Second Empire in perfection.