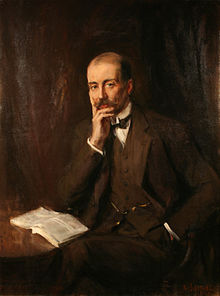 Boult studied at Westminster School and Oxford with Hugh Allen . He completed his training at the Royal Conservatory in Leipzig , where observation of the conductor Arthur Nikisch's work left lasting impressions on him.

After his return to Great Britain he worked as a conductor at the Royal Opera House in Covent Garden, among others . From 1919 to 1930 he taught at the Royal College of Music . From 1924 to 1930 he was director of the Birmingham Festival Chorus and the City of Birmingham Symphony Orchestra , and from 1928 to 1931 he directed the BBC Bach Choir . He became internationally famous as the conductor of the BBC Symphony Orchestra from 1930 to 1950. He performed with the orchestra in Vienna in 1933 , in Boston and Salzburg in 1935, and in New York City in 1938 and 1939 . In 1936 he was a conductor at the coronation ceremonies of King George VI. , for which he was knighted bachelor's degree the following year , and in 1953 at the celebrations of Queen Elizabeth II. From 1942 to 1950 he also directed the legendary Proms in London. In 1944 he received the gold medal (Gold Medal) of the Royal Philharmonic Society .

From 1950 he was conductor of the London Symphony Orchestra . He gave up this post in 1957 and again conducted the City of Birmingham Symphony Orchestra from 1959 . In 1968 he recorded Edward Elgar's The Dream of Gerontius for television in Canterbury Cathedral . In 1969 the Queen made him Companion of Honor . In 1979 he ended his active conducting career.

Boult was always in close contact with contemporary composers and directed numerous world premieres: for example the suite The Planets by Gustav Holst (1918), the Music for strings (1935) and the piano concerto (1939) by Arthur Bliss , the A pastoral symphony (1922) and the Fourth and Sixth Symphonies (1935 and 1948) by Ralph Vaughan Williams and the funeral music (1936) by Paul Hindemith . Ralph Vaughan Williams dedicated jobs to him : A Masque for Dancing , Herbert Howells the Concert for strings and Malcolm Williamson the Concert for organ and orchestra .

He wrote The Point of the Stick, a Handbook on the Technique of Conducting (Oxford 1921, London 1949) and The Saint Matthew Passion, its Preparation and Performance (London 1949) with Walter Emery and published the autobiography My own Trumpet in 1973 .

The Adrian Boult Hall of the Birmingham Conservatoire

In his honor, the concert hall of the Conservatory ( Birmingham Conservatoire ) of Birmingham City University in Adrian Boult Hall was named in 1986 .