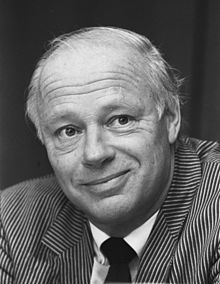 Bernard Haitink after a concert with the London Symphony Orchestra, 2011 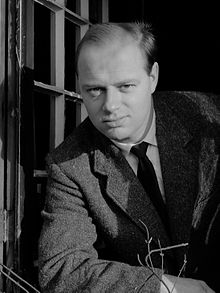 Haitink is the son of Willem and Anna Haitink. Willem Haitink was a civil servant who eventually worked as the manager of an electricity company. During the German occupation , in retaliation for a bomb attack on a bookshop, he was imprisoned as one of a hundred hostages in a German concentration camp for several months . The mother Anna survived the Nazi rule as a so - called half - Jew . She worked for the Alliance française . Bernard Haitink grew up with an older brother and a sister.

Bernard Haitink studied at the conservatory in his hometown . He then played as a violinist in a number of orchestras. In 1954 and 1955 he learned to conduct under Ferdinand Leitner's guidance . In 1955 he became second conductor of the Radio Filharmonisch Orkest (Dutch radio orchestra).

In 1956 he stood in for Carlo Maria Giulini with the Concertgebouw Orchestra , from then on received a few invitations and then led the orchestra on a tour of England in 1959. After the sudden death of Eduard van Beinum in 1959, Haitink was appointed first conductor . Haitink gained an international reputation in 1961 when he was appointed joint chief conductor of the Concertgebouw Orchestra together with Eugen Jochum . In 1964, when Jochum gave up the office, he became the sole chief conductor and artistic director of the orchestra.

In 1967 he was appointed Principal Conductor of the London Philharmonic Orchestra , which he directed until 1979. Between 1978 and 1988 Haitink was musical director of the Glyndebourne Opera Festival . His contract with the Concertgebouw Orchestra was not renewed in 1988, which Haitink resented the orchestra and then did not perform with it for almost five years. In 1999 the orchestra appointed him honorary conductor.

From 1977 to 1987, Haitink conducted the Concertgebouw Orchestra in the Kerstmatinees (Christmas Matinees) every Christmas . Only works by Gustav Mahler were played and the concerts were broadcast internationally on Eurovision .

Between 1987 and 1998 Haitink was musical director of the Royal Opera House in London , and from 1995 to 2004 he was also principal guest conductor of the Boston Symphony Orchestra . In 2002 he took over the post of chief conductor at the Staatskapelle Dresden . Due to alleged disagreements in the choice of his successor, Haitink gave up his post early in 2004. 2006 appointed him Chicago Symphony Orchestra for principal conductor because the post of music director since Daniel Barenboim's retreat this year was not occupied more.

In 2008 Haitink worked with the Chamber Orchestra of Europe to develop a Beethoven cycle based on the new Critical Complete Edition exclusively for the Lucerne Festival , and in 2010/2011 a cycle with the orchestral works by Brahms at the same location with the same orchestra. Since then he has also conducted Schumann's orchestral works in Lucerne. Haitink has also been giving master classes for young conductors there every year at the Easter Festival since 2011. On September 6, 2019, he said goodbye to the stage with a concert by the Vienna Philharmonic as part of the Lucerne Festival.

Haitink was married to Marjolein Snijder since 1956, with whom he has three daughters and two sons. A second marriage to a cellist and a third marriage to a violinist followed in the 1980s and 1990s. In 1994 he was married to Patricia Bloomfield, who played viola at the Royal Opera House before becoming a lawyer. Haitink lived for a few years with his wife Patricia in Kastanienbaum LU on Lake Lucerne . He occasionally held private concerts in his villa there with an attached concert hall. Today the Haitink couple live in London near Holland Park .

Kapellmeister and chief conductor of the Saxon State Orchestra Dresden