The Luchterhand Literature Publishing is a German publishing house for contemporary literature, based in Munich . It has existed since 1924 and was taken over by the Random House publishing group in 2001 . Luchterhand is a well-known publisher, including works by Günter Grass and Christa Wolf .

In 1924, Hermann Karl Wilhelm Luchterhand founded a specialist publishing house for taxes and law in Berlin named after him . First he published an information sheet on tax issues, and early publications also included forms and a manual for payroll offices. In 1934 he appointed Eduard Reifferscheid as authorized signatory and a few years later retired into private life. The reasons for Hermann Luchterhand's exit have not yet been conclusively clarified. In 1939 Luchterhand and Reifferscheid bought the OH Scholz printing house, the owner of which had come under pressure because of his Jewish fiancée and emigrated to Great Britain with her in 1939. It is controversial whether Luchterhand and Reifferscheid took advantage of Scholz's plight.

After the end of the Second World War , the company's headquarters were relocated from Berlin to Neuwied as part of the reconstruction work . Here, among other things, Alfred Andersch played a key role in the development of an additional literary program with his magazine Texte undzeichen. The first fiction publications appeared in 1954. At that time the publishing house was organized as a GmbH & Co. KG and was officially called "Hermann Luchterhand Verlag GmbH & Co. KG".

In 1950, after the death of Hermann Luchterhand, his son Heinz Luchterhand joined the publishing house as a partner. Among other things, he managed the Berlin branch and was a member of the management team until 1969. From 1969 Otto F. Walter acted alongside Eduard Reifferscheid as a publisher for the literary part, and until 1973 he was managing director of Luchterhand Verlag and then publisher . At the beginning of the 1970s, the Luchterhand collection was founded , in which works on the subjects of literature, media theory, politics and social science were published. After the literature and specialist publishing house developed in parallel in the 1950s and 1960s, a branch in Darmstadt was created for Luchterhand Literaturverlag in 1972 . The specialist publisher stayed in Neuwied.

On the initiative of Günter Grass, the Luchterhand literary publisher set up an authors' advisory board in 1976 , which was supposed to ensure the “co-determination of the authors”. Among other things, the aim was to ensure that the authors had a say in a possible sale of the publisher, because, according to Günter Grass, “the authors can no longer be expected that the random succession of privately owned publishers will endanger their literary work ". When the Dutch company Wolters Kluwer took over Luchterhand Literaturverlag in 1987, management was of the opinion that the advisory board had been dissolved years earlier. There were massive protests by the authors, for example by Günter Grass. The ongoing criticism finally led to Luchterhand passing the literary part on to Elisabeth Raabe and Regina Vitali from Arche Verlag . Zurich , Frankfurt am Main and later Hamburg were chosen as the headquarters . Wolters Kluwer only kept Luchterhand Fachverlag . Before the takeover, around 200 people worked for Luchterhand, the literary part contributed seven million to a turnover of 35 million German marks .

In the 1990s the Luchterhand literary publishing house got into economic difficulties. Writers like Günter Grass no longer published any works in the publishing house. The debts at that time amounted to four million German marks. That is why the owners sold the majority in Luchterhand Literaturverlag to Dietrich von Boetticher in 1994 . The headquarters were then moved to Munich. After the takeover, Christa Wolf published again at Luchterhand. In 2001 the Random House publishing group acquired Luchterhand Literaturverlag. Dietrich von Boetticher justified the sale of the Luchterhand literary publisher by stating that sales of ten million euros at the time would have to increase significantly in order to be able to work successfully. But that would only be possible under the umbrella of a corporation. Luchterhand had around 14 employees at the time of the takeover. Individual commentators previously rated the program as "unsuccessful". In 2005, Georg Reuchlein was hired as a publisher and Regina Kammerer as the publishing director to manage Luchterhand.

Grusche Juncker has been the publisher of Luchterhand Literaturverlag since 2018. Regina Kammerer continues to be the publishing director. 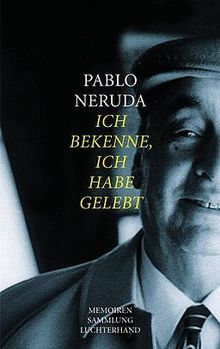 Luchterhand's literary program has existed since 1954. The publisher published various works by numerous important authors: For example, Die Vorzüge der Windühner , Günter Grass ' first book , followed in 1959 by the novel The Tin Drum . In addition to Grass, there were among others Peter Bichsel , Michail Bulgakow , Max von der Grün , Peter Härtling , Helmut Heissenbüttel , Günter Herburger , Arno Holz , Ernst Jandl , Hermann Kant , Kurt Marti , Pablo Neruda , Anna Seghers , Michael Scharang , Robert Wolfgang Schnell , Claude Simon , Alexander Solschenizyn , Jörg Steiner , Carl Sternheim , Gabriele Wohmann , Christa Wolf , William Butler Yeats and others represented in the Luchterhand program. Until the 1990s, license editions by GDR authors made up a notable part of the program. In 1993 the "Luchterhand Collection" was sold to dtv . Luchterhand currently has works by over 100 writers available, and around two dozen new titles appear every year. The more well-known works of recent times include “Gleis 4” by Franz Hohler , “Das Ungeheuer” by Terézia Mora , “The Invention of Life” by Hanns-Josef Ortheil or “Before the Festival” by Saša Stanišić . In 2019 the book " Origin " by Saša Stanišić , published by Luchterhand Literaturverlag, was honored with the German Book Prize.

In 1994 a legal dispute between Luchterhand Literaturverlag and Kiepenheuer & Witsch received more attention. The subject of the proceedings was the novella “Bozena” by Peter Härtling , on which Luchterhand Literaturverlag had already secured an option before the writer switched to Kiepenheuer & Witsch. The Hamburg Regional Court then confirmed an injunction that prevented the title from being delivered. The author expressed his lack of understanding of the decision and criticized the publisher, who wanted to reclaim the "goods literature and author slaves". There was talk of a “mockery of free creativity”. Other observers described the legal dispute as a “new low point in the history of the Luchterhand company”. Finally, the Luchterhand literary publisher gave in surprisingly and waived its right to cease and desist so that “Bozena” could be delivered. One made Kiepenheuer & Witsch a "proposal for goodness" for the acquisition of the rights, because they did not want to prevent a book.

In 2012, Die Tageszeitung reported that the publishing house had illegally enriched itself during the Nazi era . The reason for the allegations was the purchase of a Berlin printing company in 1939. Eduard Reifferscheid and Heinz Luchterhand paid the owner Otto Heinrich Scholz an exceptionally low price and later forced him out of the business. Scholz had been persecuted by the National Socialists because of his Jewish fiancé. After the end of the war, the couple reached a settlement with the publisher and received compensation. The media nevertheless criticized that the publisher had not adequately dealt with this chapter.

After the allegations became known in 2012, the Luchterhand literary publisher stated that the facts had not yet been known due to the change of ownership in the house. An "unreserved explanation" of the past was announced. Siegfried Lokatis, Professor of Book Studies at the University of Leipzig , was hired for this . In 2018 he and Sophie Kräusslich and Freya Leinemann presented a study that deals with the history of the publisher during the National Socialist era. It does not come to a clear conclusion, since many documents have been lost and traces have been destroyed. But there is no evidence that the publishing house was a "National Socialist model company".