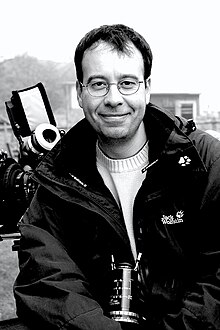 The native Portuguese moved to Lübeck with his family . There he passed his Abitur in 1988 at the Katharineum in Lübeck . Already during his school days he was active as an amateur filmmaker and from 1982 to 1990 belonged to an amateur film club in Lübeck. After graduating from high school, he studied at the Munich Film School . The film Nana (1995), which he shot for ARD, was his thesis. Alexandre lives in Eversen-Heide , about 15 kilometers southwest of Hamburg .

Alexandre is best known for his often multi-part television films, including Die Frau vom Checkpoint Charlie (2007) and Fateful Years (2011). His film Greetings from Kashmir (2004) was awarded the Adolf Grimme Prize in 2005. The jury's reasoning stated: “With 'Greetings from Kashmir' we have succeeded in making the current issue of terrorism, which co-determines political reality, personal in a haunting way: The individual protagonists do not lose their own responsibility for their actions dismiss; a superficial assignment of blame is avoided, terrorism is not glossed over. "

Since 2012, Alexandre has also been responsible for the image design for many of his directing work.