The Samtgemeinde Lindhorst is a community association in the north of the Schaumburg district in Lower Saxony .

The area of ​​the Samtgemeinde Lindhorst lies in the area of ​​the historic Dülwald , east of the district town of Stadthagen and west of Bad Nenndorf , between the Bückeberg in the south and the Mittelland Canal with the city of Sachsenhagen in the north.

The highest point is at Beckedorf at 150 m and the lowest point on the Mittelland Canal at 50  m above sea level. NN .

The combined municipality of Lindhorst consists of the municipalities

The administrative headquarters are in Lindhorst.

The name Lindhorst comes from the so-called "Linde", an elevation in the historic Dülwald , which was increasingly cleared in the 13th century for the construction of numerous village settlements. Lindhorst and most of the places in the joint municipality are also recorded for the first time at this time.

However, the area was sparsely populated since prehistoric times and some villages, such as Lindhorst, presumably have their origins in the time of Franconian rule in the 9th and 10th centuries. The fertile soil and the location on the old Hellweg , the course of which follows today's B 65 , led to the founding of the Beckedorf settlement as early as the 6th century .

In Saxon times, the Dülwald was a border forest between several districts and until the 13th century, the rule over this area remained controversial. The Counts of Rohden- Wunstorf , the Schaumburg Counts , the Dukes of Saxony-Lauenburg and the Bishop of Minden raised property claims.

The small settlements in the Samtgemeinde area developed only slowly. Only the improvement of the infrastructure with the construction of the Hanover – Minden railway line in 1847 with the Lindhorst train station and the construction of the Mittelland Canal in 1916 with the Sachsenhagen canal port brought a slight upturn. Coal mining has been in operation in Beckedorf since 1911. 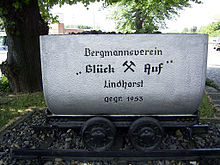 Both world wars hindered further development, but after 1945 many World War II refugees were taken in and coal mining was expanded to include the “Schaumburger Mulde”. Another mine was built in Lüdersfeld, and Lindhorst became a large mining settlement when its population doubled.

In July 1954 the “Magister-Nothold-Schule” was inaugurated in Lindhorst and in 1957 the Catholic Church, which was built for the many people of the Catholic faith who had moved there. It bears the name of the patron saint of miners “St. Barbara ". In addition to the refugees and displaced persons from the east, evacuated miners from the Ruhr area also came to find work here.

In 1960 the coal mining industry in Schaumburg came to an abrupt end. The relatively low quantity and quality as well as cheaper competition made mining unprofitable. The pits were closed and later backfilled.

Many jobs have also been lost in agriculture since then. With the settlement of several commercial enterprises in the area of ​​the train station, only a part of this could be compensated and the area of ​​"commercial economy" remains a focus of the joint municipality administration.

The municipalities of Heuerßen, Kobbensen, Lindhorst, Lüdersfeld, Reinsen-Remeringhausen, Schöttlingen and Vornhagen joined together in 1969 on their own initiative to form a joint municipality of Lindhorst.

But with the administrative and territorial reform carried out in Lower Saxony in 1974, the joint municipality of Lindhorst was also newly formed. The communities Beckedorf and Ottensen from the old district Grafschaft Schaumburg were added, the community Reinsen-Remeringhausen was incorporated into the city of Stadthagen.

Today, many commuters live in the conveniently located Samtgemeinde, which also has a scenic location between the Weserbergland Schaumburg-Hameln and Steinhuder Meer nature parks .

The 2011 local elections resulted in the following distribution of seats:

Svenja Edler (SPD) has been the mayor of the integrated community since 2019. 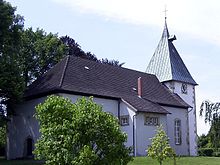 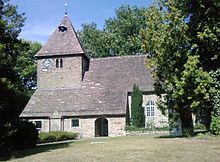 The facilities can be found in the center of the village, in the village community center "Hof Gümmer".

Joint municipalities in the Schaumburg district