The history of the association goes back to the year 1830, when the Altes Museum was opened, but an actual association did not come into being until 1957. Already after the dissolution of the German Empire at the end of the First World War , the museums that were located close together in the center of Berlin were amalgamated to form the State Museums in Berlin. The city administration appointed a general director to whom these were subordinated. Privy Councilor Ludwig Justi still held this position during the Nazi era . After a brief personal review after the end of the Second World War , the Berlin magistrate approved his reappointment as general director.

The exhibition buildings on the Museum Island were also called the Berlin State Museums between 1949 and the reunification in 1990 . These included the National Gallery , the Pergamon Museum , the Old Museum , the Bodemuseum , the Otto-Nagel-Haus on the Märkischen Ufer (today the seat of the Photo Agency for Art, Culture and History (bpk)) and the Museum of Applied Arts in Köpenick Castle .

Collections and locations of the museums 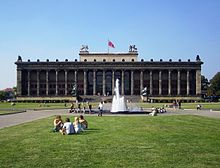 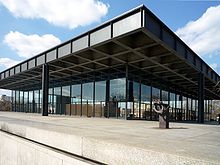 Locations in Berlin-Tiergarten and Berlin-Moabit 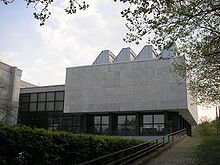 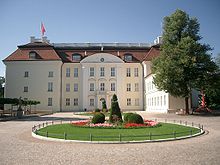 On October 31, 2012, the Archaeological Center of the State Museums was opened in Geschwister-Scholl-Strasse.

General Directors of the National Museums in Berlin