FIA is a redirect to this article. Further meanings are listed under FIA (disambiguation) .

The aim of the association is to promote automobile sport and international motor transport. Frenchman Jean Todt has been president since October 23, 2009, succeeding Briton Max Mosley , who replaced Frenchman Jean-Marie Balestre in 1993 .

The organization has over 235 national member organizations in 148 countries, representing over 80 million members.

The national sports sovereignty and the implementation of the FIA ​​regulations are carried out in Germany by the German Motor Sport Federation , in Austria by the OSK and in Switzerland by Auto Sport Schweiz . These associations have the status of an ASN ( French : Autorité Sportive Nationale , holder of national sports sovereignty) with the FIA , which is equivalent to the membership status "Sport". Automobile clubs have “Mobility” (German: Verkehr) membership status in the FIA. 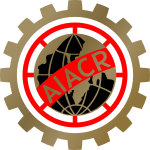 The association was founded on June 20, 1904 in Paris as the Association Internationale des Automobile Clubs Reconnus (AIACR).

From 1922, responsibility for motorsport was transferred to the Commission Sportive Internationale (CSI, since 1970 FISA ). 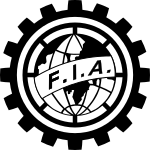 The ADAC temporarily suspended its membership in 2008/2009, as the then head of the association, Mosley , was involved in a sex scandal at the beginning of 2008.

In 2012, the FIA ​​was provisionally recognized by the IOC for a period of two years , and then fully recognized at the IOC Executive Committee meeting from September 7-10, 2013 in Buenos Aires .

Not every championship hosted by the FIA ​​can also be called an FIA World Championship. Rather, several criteria have to be met and the FIA ​​come to the conclusion that such a categorization is in the interest of the sport. In addition to the obligation to allow FIA investigations, a criterion for this is in particular that races take place on three different continents within one season or that, if it is a one-off event, qualification opportunities for this event are offered on at least three different continents. An exception to this is the 2019/20 season, in which, due to the COVID-19 pandemic, the requirement to hold races on three continents does not have to be met, as many races had to be canceled due to government health measures and it is already a challenge to run a season at all under the circumstances.

All information corresponds to the classification according to ISG Article 251, as of 2007.

Members of the FIA ​​Committee

President of the FIA