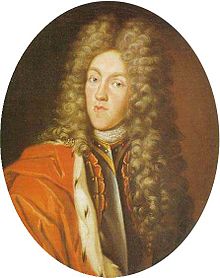 Friedrich Carl (born September 12, 1652 in Stuttgart ; † December 20, 1698 ibid) was since 1677 Duke of Württemberg of the newly founded line of Württemberg-Winnental and as guardian of Duke Eberhard Ludwig regent of the duchy.

Friedrich Carl was the son of Duke Eberhard III. von Württemberg and Anna Catharina , Countess of the Wild and Rhine from Salm-Kyrburg.

On November 27, 1677, Friedrich Carl received from Emperor Leopold I the guardianship of his nephew Eberhard Ludwig and thus the reign of Württemberg. This ended on January 22nd, 1693 when Eberhard Ludwig came of age. Domestically, he took care of the consolidation of the country, with a special focus on the church and school system. During his term of office, the first high school in Stuttgart was founded in 1686. 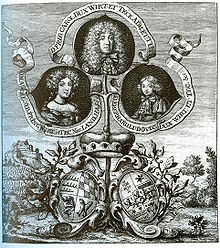 In terms of foreign policy, the time was shaped by the War of the Palatinate Succession . In autumn 1688 Friedrich Carl had to flee to Nuremberg with the twelve-year-old Eberhard Ludwig. In September 1692 Friedrich Karl, who was with an army of 4,000 men near Ötisheim, was captured by the French and brought to Versailles . However, he refused to negotiate because he was unable to consult with the emperor. When he was released in January 1693, Magdalena Sibylla von Hessen-Darmstadt , Eberhard Ludwig's mother, together with the Württemberg secret council, had obtained Eberhard Ludwig's early declaration of majority from the emperor.

As compensation for the delivery from the administration, he received a large sum of money from the landscape . In addition, the emperor appointed him field marshal general .

He fought from 1694 in the Upper Rhine under Margrave Ludwig Wilhelm von Baden-Baden and received during the winter quarters of the supreme command over the Imperial Army . From 1696 he began to be ailing. On December 20, 1698, he died of syphilis .

He is buried in the crypt of the dukes of Württemberg in the Stuttgart collegiate church. 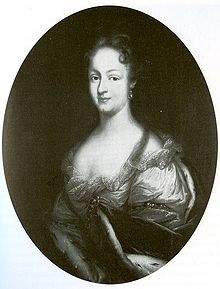