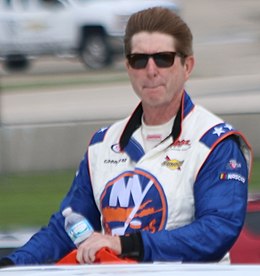 John Graham began his career in the North American Can-Am series , where he finished third overall in the U2L class in 1981. From 1983 he became a regular starter in the IMSA GTP series and the sports car world championship . In 1982 he contested his first 24-hour race at Daytona and made his debut at the 12-hour race at Sebring in 1984 when he finished sixth overall . In 1984 it was used for the first time in the Le Mans 24-hour race .

The best place in Daytona was fifth overall in 1998 , driven out in a Porsche 911 GT2 with John Morton and the two Dutch Huisman brothers Duncan and Patrick as team partners. In the fifth attempt at Le Mans 2000 , he achieved first place in the overall classification. 25th overall was also the win in the LMP675 class.

After retiring at the end of the 2008 season, he returned to endurance racing for one season in 2017 and also drove some races in the NASCAR Cup Series .