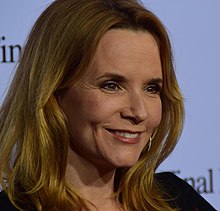 Lea Katherine Thompson (born May 31, 1961 in Rochester , Minnesota ) is an American actress .

Lea Thompson is the youngest of five children of singer and musician Barbara Thompson and her husband Cliff Thompson . At the age of 14 she began a career as a professional ballet dancer . Later she also studied ballet dance and trained for 3 to 4 hours a day. She has won scholarships to the American Ballet Theater , the San Francisco Ballet, and the Pennsylvania Ballet. She gave up her ballet career at the age of 20 and moved to New York in hopes of becoming an actress, where she made her first television appearance in a Burger King commercial in 1980.

Thompson made her cinema debut in 1983 in the film Jaws 3-D . After appearing alongside Tom Cruise in The Right Shot , she was one of Hollywood's high hopes as Brat Pack . Thompson's breakthrough came in the Back to the Future trilogy, in which she played the mother of Marty McFly ( Michael J. Fox ). For five years she played the title role in the sitcom Caroline in the City . In 2005 she took on the lead role in the multi-part feature film series alias Jane Doe about a former secret agent. In 1996 she took a little break in the film business and appeared in several Broadway performances .

Since 1989 she has been married to the film director Howard Deutch , whom she was shooting for the film Isn't she wonderful? had got to know. With him she has two daughters Madelyn and Zoey Deutch . Before that, she was engaged to actor Dennis Quaid ( Frequency , DOA ) for three years . 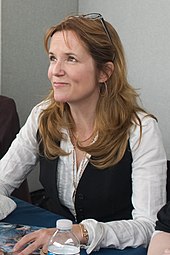