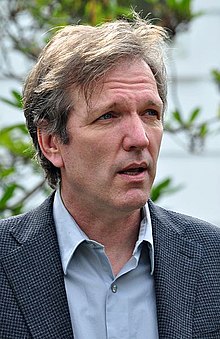 After attending Pierce College in Los Angeles, Donovan studied acting at the American Theater Arts and initially worked as a stage actor on the stages of Los Angeles and - later - New York . In 1983 he settled in New York, where he was a member of the Cucaracha Theater until 1994 and appeared in a large number of their productions.

In 1982 he made his debut as a television actor with a supporting role in the miniseries King's Crossing . In the 1985 independent drama Harte Arrows - Mitten ins Herz , Donovan made his screen debut under the director Rick King - in 1993 Donovan worked again with King for the action thriller Quick - The Bounty Hunter . But Donovan gained greater fame with his collaboration with director Hal Hartley , with whom he is also close friends. Starting with Trust , Donovan worked with Hartley eight times through 1998, most of which played the lead role. In 1997, the National Society of Film Critics recognized him as Best Supporting Actor for his portrayal of the British tuberculosis sufferer Ralph Touchett in Jane Campion's drama Portrait of a Lady .

Donovan also appeared frequently as a supporting actor in the following years, including as Detective Hap Eckhart in Christopher Nolan's thriller Insomnia from 2001 and as Pastor Skip in Saved! - The High School Missionaries (2004). In 2005 he took on the role of Peter Scottson in the television series Weeds for a season . This earned him a nomination for the Screen Actors Guild Award in the category of best ensemble in a comedy series .

Donovan has been married to fellow actor Vivian Lanko since 1984, who had a brief appearance in the Hartley film Simple Men . They have two sons together.