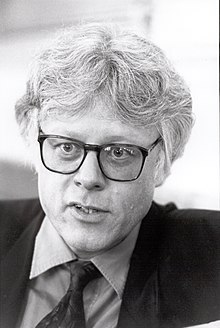 After leaving politics in 1999, he took on entrepreneurial responsibility for the family hotel complex and, together with his wife, built the hotel ( Good Night Inn ) in Brig with 167 rooms and 300 beds.

Since 2002 he has been writing columns on political, social and economic topics for Blick , L'Hebdo and Weltwoche . He spares neither political friends nor enemies. That earned him the nickname oracle of Brig . A collection of his legend columns from Weltwoche was published as a book in 2003. He pleaded several times and urgently for sensible framework conditions and for maintaining a minimum euro exchange rate in Switzerland because of the export industry and tourism as long as free trade and real competition were not realized in Europe. Politicians should better review their decisions, which are linked to the distribution of funds, for their effectiveness and the consequences. He accuses those responsible for tourism in Switzerland that they have failed advertising strategies and lack of entrepreneurship.

President of the Social Democratic Party of Switzerland (SP)