Peter Høeg was born in the Christianshavn district of Copenhagen in 1957 as the eldest son of a lawyer in the civil service and a lecturer in Latin and German. In 1976 he graduated from the Fredriksberg High School, and in 1984 the Magister Artium in Comparative Literature from the University of Copenhagen . He then completed training as an actor and dancer in Sweden and Paris. For a while he earned his living as an actor and dancer for classical ballet on various Danish and Swedish stages and as a lecturer at the University of Odense .

Following these trips, he set up a foundation for the benefit of women and children in developing countries . All of the income from his novel The Woman and the Monkey and fifteen percent of all other income that Høeg made over the next ten years went to the Høegsche Lolwe Foundation . This supports women and children in Africa and in the Tibetan refugee camps in India.

International fame he achieved in 1992 with the publication of his novel Smilla's Sense of Snow (Danish Frøken Smilla fornemmelse for sne ), including through the film with film producer Bernd Eichinger and director Bille August with Julia Ormond in the title role. The film was the opening film of the 1997 Berlinale . The English-language book was printed with a print run of 4 million copies - a sensation for the Danish writer, who had previously been relatively unknown internationally.

Since then, Høeg has been a bestselling author, whose works have been sold over 20 million times. The author is of the opinion not to allow any further film versions of his books: "There were several reasons for this, but one was that I do not want the reader's imagination to be limited."

Peter Høeg lives alternately near Copenhagen and Jutland (Denmark). He has two daughters with his wife Akiniyi, who comes from Kenya. 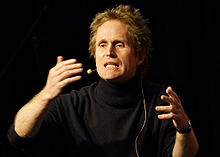 Superficially, it is about the path of the main character through orphanages, children's homes and a boarding school up to (saving) adoption during puberty. Experiences of violence, mistreatment by caregivers and other children, as well as survival strategies of fellow fates paint a tough picture of the reality of home children. At the boarding school, the tension arises because the children feel a plan that is controlled. But it remains subtle - the intentionality, motives and goals remain hidden.

A basic theme is incorporated into this framework: time . Time as a means of social domination and time and consciousness. The first sentence of the novel is "What is time?" At the micro level there are e.g. B. the precisely measured speaking pauses in class with which pressure is built up. On the macro level it is the standardization of the world time and the change of the clock from a work of art to praise God to a social behavior control instrument (which was not that long ago). Sporadically, considerations about the interlinking of time perception and consciousness are interspersed - a prerequisite for time to be used as an effective instrument of rule at all. From the child's development of the sense of time ( getting out of the “surface” into the “tunnel” of linear time) to the outstanding remark about the ability to develop and reflect on a concept of time at all: that there must be an unchangeable background against which Change can be experienced as change. The latter is even taken up and quoted in the current psychological specialist literature.

The novel seems autobiographical. The novel was nominated for the Nordic Council's Literature Prize.