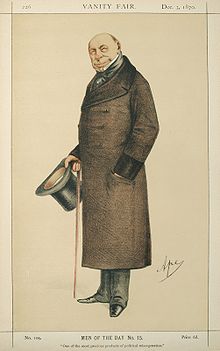 He comes from the Courland Line of the noble family of Brunnow . His parents were the Electorate Colonel Johann Ernst von Brunnow (1751-1822) and his wife Maria Elisabeth Philippine von Lieven (1762-1844). The writer George von Brunnow was his brother.

Brunnow studied law and political science in Leipzig from 1815 to 1818 and then entered the Russian civil service. After he had been deployed to several embassies and in the immediate vicinity of Nesselrode and had also taken part in the campaign against the Turks in 1828/29 as a civil commissioner , he became envoy in Stuttgart in 1839 and ambassador to London in 1840 . Here, with his special cooperation, the treaty of July 15, 1840 came about, in which Russia, Austria , Prussia and Great Britain , excluding France, agreed to establish peace in the Orient .

Primarily his work was the London Protocol of May 8, 1852, through which the interests of Russia and Great Britain in Northern Europe should be united in solidarity. Dismissed as a result of the oriental entanglements in 1854, Brunnow was appointed Russian envoy to the Bundestag in Frankfurt in October 1855 .

The change of the throne in Russia brought Brunnov back to the scene of great diplomatic activity. In association with Count Orlov he represented Russia at the Peace Congress in Paris in 1856, then went to Berlin as envoy in 1857 , but returned to London in March 1858 in the same capacity and was elevated to the rank of ambassador on December 19, 1860.

However, he did not succeed in restoring the old good understanding between Russia and Great Britain; especially in 1863 during the negotiations on Poland he had a hard time.

He found more sympathy with the British people as a representative of Russia at the London Conferences , which took place in 1864 because of Schleswig-Holstein, and where he championed Danish interests with great zeal, but in vain. He also attended the London Congress of 1867 on Luxembourg affairs. In June 1870 he went to Paris as ambassador, but was accredited again in the same capacity in London in February 1871 and attended the Pontus Conference here.

He was raised to the status of Russian count in 1871 . In July 1874 he retired from his ambassadorial post because of old age.