The stereographic projection was first used to depict the celestial sphere on the astrolabe . It was discovered in antiquity, probably by Hipparchus around 130 BC. It is detailed in the small treatise Planisphaerium of Ptolemyos (approx. 85-160) presented in detail and with geometrical proof that circles on the spherical surface merge into circles of the image plane ( circular fidelity ) . The Nuremberg astronomer and mathematician Johannes Werner (1468–1528) first came up with the idea of using the circular and angular accuracy of this image for cartographic images of the earth's surface .

In the Crystallography the stereographic projection finds practical application in view of the lattice planes of a crystal (usually angle-preserving means of the so-called Wulff'schen network ) and in the structural geology in the representation of terrain data as the strike and falling of layer -, foliation -, discard - and gap areas (usually equal to area using the so-called Schmidt network ).

Figure 1: Stereographic projection of the lower half of a sphere surface and a great circle inclined to the image plane (red, e.g. the ecliptic on the celestial sphere from a celestial pole ) 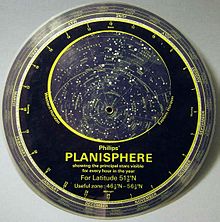 Image 2: Rotatable star map (here in the azimuthal projection that is mostly used today and has a similar result ). The name " PLANISPHERE " was adopted from the astrolabe .

Image 1: Stereographic projection of the northern starry sky on an astrolabe

Image 4: If the image plane is on the equator , the meridians and the parallels are shown as circles. The highlighted area of ​​the circle is half of the earth's surface.

Image 3: If the image plane is on the Earth's pole , the meridians are shown as straight lines and the circles of latitude as concentric circles around the pole. The highlighted content of the circle is half of the earth's surface, it ends at the equator .

The astrolabe in picture 1 contains the northern sky. The projected stars (including the zodiac) are located on the Rete, which can be rotated around the image of the northern celestial pole ( Pole Star ) . The safiha is engraved on the solid base ( tympanum ), which consists of the images of the horizontal circles ( almucantarates ) concentric to the zenith , the horizon (image: a concave line) and the azimuth circles at right angles to it .

A star map similar to the rotatable Planisphere shown in Figure 2 is the useful, but cheaper follow-up product of the astrolabe, which in principle works in the same way. The interrupted circular arc is the ecliptic , a piece of an eccentric circle in the illustration of the polar pattern.

Cartography of the earth's surface

The easy drawing production (only circles and straight lines for circles on the earth's surface) and the angular accuracy were also used in ancient times for maps and for navigation. If the point of contact of the mapping plane is placed in a port city, for example, the shortest routes to destinations are shown as straight lines in all directions.

With the polar stereographic projection (the point of contact of the image plane is in the north or south pole), the meridians of the earth's geographic coordinate system are mapped as straight lines through the earth's pole (see Figure 3). The navigation elements geographical longitude and geographical latitude are therefore clearly displayed by this type of projection for navigation purposes at the poles. The depiction of the earth's poles as parts of the modern international world map is also carried out via stereographic projection.

In geophysics , maps of the distribution of forces or line structures on the globe are built on a stereographic network design.

Conversion of image to object coordinates

Figure 3: Stereographic projection of a sphere (half): projection of parallel circles of equal central angle distance and of meridian circles

Figure 2: Spherical coordinates of the point on the sphere

Spherical ( as in Figure 2) and plane polar coordinates (radius , direction , as in Figure 3) are used for the object points .

An object point is mapped onto the image point .

The same reference direction is assumed for the angles and . Thus:

The distance (radial polar coordinate) can be seen from triangular observations (see Figure 3):

While the length of the arc on the sphere increases linearly from the point of contact to the circle of latitude, the radius in the plane increases progressively to infinity (up to the projection center). This so-called length distortion is the differential quotient of the normalized function according to :

Because of the strongly progressive increase in the distortion (infinitely large at ) the stereographic images remain limited in practice .

Geographical coordinates of the earth

If you want to depict the northern hemisphere stereographically, the following assignments result:

In this way, the latitudes appear in the projection plane as concentric circles around the point of contact (= north pole) and the longitudes as semi- straight lines of origin .

The following applies to the southern hemisphere:

Let any curve in the plane be given in explicit polar coordinate representation . Now place the projection sphere with radius on the origin of coordinates, the tangential point TP. Through the projection center - the opposite point PZ on the spherical surface - a second plane is now laid, which is parallel to the original plane (i.e. it is created by parallel displacement of the first plane perpendicular to the same ). Now the given curve in the first plane is projected onto the sphere by means of stereographic projection in PZ. By using the original point TP as the new projection center, the curve on the sphere is projected onto the second plane by means of a further stereographic projection - it is described there in polar coordinates by . Then applies . The given curve has thus been inverted by this double stereographic projection on the circle with radius in the (parallel) image plane . 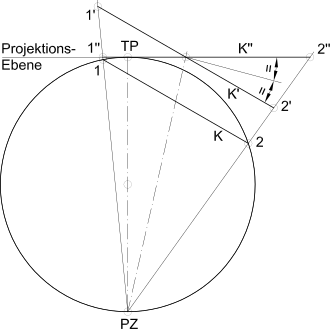 Figure 4: Proof of loyalty to the district

The rays from the projection center PZ (Fig.) To the original circle K (diameter points 1 and 2) form an oblique circular cone , the section K 'of which, parallel to K, is circular. The projection plane K ″ intersects the cone axis at the same angle as the section K ′, which is why the sectional figure lying in it is also a circle (points 1 ″ and 2 ″).
Important: The circle fidelity generally only applies to the circle line. The center of the object circle is z. B. not shown as the center of the image circle. Only the cases in which the circular cone is straight are excluded from this.

Other special features of stereographic projection are:

A stereographic projection can also be interpreted as a reflection on a sphere (inversion) . From the properties of an inversion, the true to the circle and true to angle then immediately follow.

However, it is also possible to choose the archetype of this function so that its equator intersects the projection hyperplane :

Figure 5: In this variant of the stereographic projection, the sphere does not lie on the (hyper) plane, but intersects it.

This mapping is of course not defined for the point , the so-called North Pole. If you look at the figure , whose function term has instead of in the denominator, then the sphere is mapped to the south pole.

If the archetype of the stereographic projection is changed in this way, the two images and an atlas of the n-sphere are obtained.

This straight line can go through

can be parameterized. This straight line intersects the plane , where:

It follows that the coordinates of the intersection of and through

given are. If we now consider the plane as , we get the stereographic projection through the North Pole.

In addition to the stereographic projections through the north and south poles, there are through

continuous inverse functions described . Hence, and are homeomorphisms . A possible atlas has been found with the projection from the North Pole and that from the South Pole . This shows that the -sphere is a -dimensional topological manifold .

Be a hyperplane in . If and , it follows from the plane equation of and the Cauchy-Schwarz inequality :

The image of the points of the plane through satisfies the equation:

This is an equation of spheres . Therefore maps all sections from and to any hyperplane, especially spheres that lie in this hyperplane, onto spheres in .

Compactification of the complex number level

The stereographic projection can, among other things, be used to compact the complex number plane . One adds an additional point, which is referred to here with . The set is called the one-point compactification of or Riemann number sphere .

The figure is created by means of the figure

continued. One calls now open exactly when open is in. This induces a topology.

The same topology is achieved by the

Sources for the mathematical explanations: