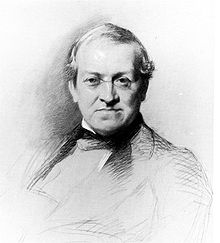 After attending several schools, Wheatstone worked his uncle's craft, making musical instruments , and took over his business in London after his death in 1823 together with his brother William. Charles was not very interested in commercial and manual activities, so he concentrated more on improving instruments and developing technical aids. In 1829 he withdrew from the business entirely. In 1834 he became a professor of experimental physics at King's College in London.

Wheatstone began early on with physico - acoustic experiments in which he examined sound transmission , standing waves and musical instruments . In 1828 he invented the symphonium , a forerunner of the accordion-like concertina . In 1833, in a paper presented to the Royal Society , he drafted the principle of superimposing small movements for the Chladnian sound figures . Then he turned to optics and electrical engineering and in 1833 recognized the importance of the bridge circuit invented by Samuel Hunter Christie for the exact measurement of electrical resistance , which later became known as the Wheatstone measuring bridge .

In 1840 he invented a continuously adjustable resistor ( rheostat ) and in 1833 the mirror stereoscope , with which he determined the spectral lines of spark discharges . In 1834 Wheatstone determined the speed of propagation of electric current in metallic conductors for the first time . Subsequently, together with the electrical engineer William Fothergill Cooke, he developed two telegraph devices - the needle telegraph and the pointer telegraph . The latter was widely used and was later superseded by Morse code. The sending and receiving device of the pointer telegraph consisted of the movement of a pointer to individual letters and digits, which in each case produced a different number of electrical surges. In 1854, Wheatstone invented the Playfair method for manually encrypting messages.

Almost at the same time as Werner von Siemens , Wheatstone discovered and published the dynamo-electric principle . Wheatstone's lecture at the Royal Academy on February 14, 1867 immediately followed William Siemens' contribution , who had presented the work of his brother Werner von Siemens. The lectures at the Royal Society were preceded by the publication of the first scientific presentation of the dynamo-electric principle at the Berlin Academy of Sciences on January 17, 1867. Wheatstone dealt with the parallel connection of armature and field windings in contrast to the Siemens variant with a series connection . The Wheatstone version later proved to be more important, especially for power plant technology .

Wheatstone and his friend Lyon Playfair, 1st Baron Playfair , practiced cryptography as a hobby. Back then, private advertisements often appeared in encrypted form in the London Times . The two made fun of deciphering these secret messages. They were particularly taken with the ads from lovers. Wheatstone developed a manual encryption method based on letter pairs. Playfair later published it, and that's how the process got its name.

In 1836 he was elected a member (" Fellow ") of the Royal Society, which awarded him twice (1840 and 1843) with the Royal Medal and in 1868 with the Copley Medal . In 1842 he became a corresponding and later an external member of the Académie des sciences . In 1867 he was elected an Honorary Fellow of the Royal Society of Edinburgh . In addition, since 1868 he was a holder of the order Pour le mérite for science and the arts . Also in 1868 he was elected to the American Academy of Arts and Sciences . After receiving awards in various countries, he was ennobled as a Knight Bachelor in 1868 .

The Wheatstone Glacier in Antarctica on the Antarctic Peninsula and Cape Wheatstone on the east coast of the Victoria Land are named after Wheatstone . A unit for electrical resistance , which is not in use today, was named after him.