The Progressive People's Party (FVP) was a left-liberal and bourgeois-democratic party in the German Empire , which emerged on March 6, 1910 from the merger of the Free People's Party , the Free Union and the German People's Party . The party campaigned for a parliamentarization of the Reich and also included socio-political demands in its program. Before the First World War , there was selective cooperation with the SPD . Towards the end of the war she had been a member of the intergroup committee since 1917 and supported the October reforms in 1918 . It went on in the German Democratic Party (DDP) of the Weimar Republic .

Otto Fischbeck was at times chairman of the party

The left-liberal democratic camp was characterized by divisions and amalgamations during the German Empire. At the beginning of the 20th century , the German People's Party , the Free People's Party and the Free Union existed side by side. The two liberal parties joined the Bülow Block in 1907 . In the Reichstag elections in 1907 , the Free People's Party had 28 seats and the Free Union 14 seats. Because of the collaboration with the Conservatives in the Bülow Block, the Democratic Association around Theodor Barth split off from the Liberal Association in the spring of 1908 , but it remained politically insignificant.

There were also efforts to overcome the fragmentation. In 1903, an electoral alliance was concluded between the Liberal People's Party and the German People's Party . In the Reichstag of 1907, the three left-liberal democratic parties already formed a parliamentary group. This was followed by the merger of the parties in 1910. For the first time in the German Empire it was possible to unite the parties of the left-liberal and democratic spectrum in one organization.

At the center of the party program were the expansion of civil influence and the expansion of political freedom . The new Progressive People's Party demanded in its party program universal, equal and direct suffrage both in the Reich and in the individual states. This aimed in particular at the elimination of the Prussian three-class suffrage . A reform of the local electoral law was also sought. The constituencies in town and country should be divided fairly. The imperial constitution should be built up freely in the constitutional sense. The aim was to parliamentarise the German Empire. The party also campaigned for a consistent separation of church and state . In addition, a gradual decrease in food and industrial tariffs was called for. The party turned against the protective tariff policy . Income, wealth and inheritance should be taxed progressively . Parliaments, governments and self-help organizations should to raise the economic and social situation of wage workers and employees working together. The right of association of employees should be secured and expanded. Occupational health and safety should also be improved and measures to protect against unemployment should be sought. At the international level, the party relied on peaceful settlement, among other things by expanding international law and international arbitration institutions.

There were still economic liberal tendencies and the party mainly represented the interests of the export industry , trade , banks , craft and trade . Overall, however, Manchester liberalism was replaced by a shift towards a certain welfare state orientation. The party wanted to raise general welfare , improve social progress and improve popular education. The scope of these demands may appear limited by today's standards, but they were considerable for a liberal party of the Empire. Dieter Langewiesche sees the program as a partly only vague compromise. Nevertheless, the party program would show the verve of renewed left-wing liberalism . The party renounced the demand for civil equality between women and men. Friedrich Naumann had demanded this, but was unable to assert himself. According to Langewiesche, the renewal of left-wing liberalism was particularly evident in social policy. Self-help was no longer a dogma, but was supplemented by demands for state regulations. 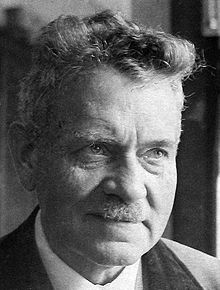 The party had a fairly tight organization. It was headed by a central committee. This included the members of the Reichstag parliamentary group, the members of the executive committee, 60 representatives of the regional associations and some co-opted persons. The members of the three former parties were represented in the executive committee in a ratio of 10: 5: 3. Political questions were decided by the parliamentary group in the Reichstag. The executive committee was responsible for organizational questions. The financial situation of the party headquarters was often difficult because the state associations were often behind with their payments. It was also not uncommon for the members to pay their membership fees. One innovation was the founding of an advertising association in 1913 to recruit members and collect donations. In the constituencies, the organizations in question mostly made their own decisions about the selection of candidates and what to do in runoff elections .

In 1912 the party had 19 state and 14 district associations and around 1,452 local associations with a total of around 120,000 members. The Alsatian Progressive Party was formed in 1912 in the realm of Alsace-Lorraine as a national organization of the Progressive People's Party. A degree of organization of eight members per hundred voters of the party was quite remarkable. In principle, the local clubs were built up democratically. These came mainly from the small and middle class . Tradespeople, merchants, middle-class civil servants and white-collar workers as well as academics were strongly represented. The number of primary school teachers and Protestant pastors was relatively high. In some areas, such as in Oldenburg or in the province of Schleswig-Holstein , the party also had supporters among the peasants. The party had relatively little success with lower employees and workers. However, the Progress Party tried to increase the number of workers. The party encouraged the establishment of its own liberal workers' associations. In 1914 they only had 5,000 members. The unionist Anton Erkelenz was accepted into the central committee.

There were associations outside the party that exerted influence but did not control the party. These included the trade agreement association , in which merchants and entrepreneurs with free trade goals had come together. In addition, the Hansabund for trade, commerce and industry, liberal farmers and agricultural workers' organizations, the General German Teachers' Association and the Hirsch-Duncker trade associations with around 100,000 members and partly the Protestant workers' associations belonged to it . 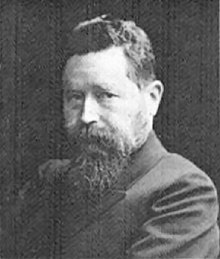 Due to its left-liberal orientation, the party was mostly in opposition to the government in domestic , economic and financial policy . The main political opponents of the party were the Conservatives and, in the early years, the Catholic Center Party as well .

A central question throughout liberalism was cooperation with the social democrats . Friedrich Naumann coined the catchphrase “Block from Bassermann to Bebel ”. This was supported by the Hansabund. This wanted to create a reform block beyond the conservative-agrarian forces. The large block in Baden could serve as a model . But this course was highly controversial in the Progress Party. The chairman Otto Fischbeck spoke of a "major block utopia" with a view to the Reich level. Ernst Bassermann from the National Liberals and August Bebel also rejected this.

However, the party-political fronts were less rigid than before. In 1911, the liberals, the center and the social democracy made it possible to reform the constitution of the realm of Alsace-Lorraine. Left-wing liberals and social democrats, in particular, converged. In 1912, the party signed a comprehensive run-off agreement with the Social Democrats. This agreement of the party leadership led to protests among parts of the membership and was only obeyed by about half of the voters. This also met with some rejection from the Social Democrats.

In the 1912 Reichstag election , the party received 12.3% of the vote and won 42 seats. In a comparison of the number of seats in the founding parties' 49 seats, this meant a parliamentary weakening of left-wing liberalism since the last Reichstag election. However, the proportion of votes had increased by 1.4 percentage points compared to 1907.

In the Reichstag, left-wing liberals and social democrats and at times also the national liberals worked together. This led to August Bebel almost being elected President of the Reichstag . The Liberals then supported the election of Philipp Scheidemann as Vice President. In 1913 the Liberals, together with the Social Democrats, pushed through a tax on capital gains against the Conservatives in order to finance the increase in army strength. So the possibility of the Weimar coalition was already indicated in the pre-war period . 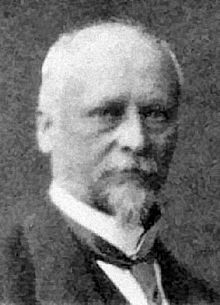 In the early part of the world war there were different views about the war aims. There were essentially three positions. Some advocated a victory peace . Friedrich Naumann advocated a Central Europe dominated by Germany . This group also called for annexations and the formation of buffer states . A middle group demanded a security peace . The third group wanted a mutual agreement . An opponent of annexations was the later Nobel Peace Prize laureate Ludwig Quidde . Conflicts arose between the positions. Overall, however, the party took a moderate direction with regard to the war aims.

The party worked with the Center and Social Democrats and at times with the National Liberals since July 1917 in the intergroup committee . She supported the demand for a parliamentarization of the Reich and took part in the peace resolution of the Reichstag in 1917 . Center, Progress Party and SPD demanded a peace without annexations. In the same year Friedrich von Payer took over the position of Vice Chancellor in the government of Georg von Hertling . With that the left-wing liberals had become something like a ruling party. The October reforms of 1918 by the government of Max von Baden were supported by the Progressive People's Party. During the November Revolution, the party dissolved and merged with the left wing of the National Liberal Party to form the German Democratic Party (DDP) of the Weimar Republic .