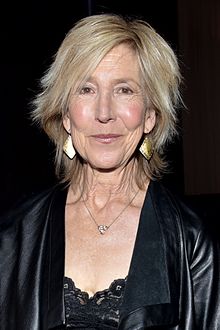 Lin Shaye was born in Detroit to Dorothy, a housewife, and Max Mendle Shaye, a supermarket owner and painter, and is of Jewish faith . She was married twice, including to actor Clayton Landey , but has since divorced him. From this relationship comes a common son. She is the younger sister of film producer and director Robert Shaye .

Shaye played supporting roles in various films at the beginning of her career, such as in the film The Gallows Rope , in which Jack Nicholson both directed and played the lead role. She then starred in some of her brother Robert's films, such as the 1990 film Book of Love . In 1994 she played the role of Mrs. Newborn in the movie Dumb and Dumber . This was followed by other appearances in films like Kingpin , Crazy About Mary and Detroit Rock City .