from Wikipedia, the free encyclopedia
Database links to Messier 15

Messier 15 (also known as NGC 7078 ) is a 6.2  mag bright globular cluster with an angular extent of 18 ′ in the constellation Pegasus . Its distance is about 33,600  light years , its diameter about 175 light years. The brightest of its at least 500,000 members achieve an apparent magnitude of 12.6 mag. The star cluster wasdiscoveredby Jean-Dominique Maraldi in 1746 and described as a nebulous star . Charles Messier (1764) and Johann Elert Bode could not see any starsinside, which Wilhelm Herschel did notmanageuntil 1783.

In amateur telescopes, M15 appears visually only about 7 'tall, photographically about 12'. The tidal radius, on the other hand, outside of which the gravitation of the Milky Way causes stars to drift, is 21 'to 22' (about 210 light years). 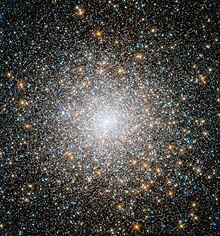 High-resolution image of the center of Messier 15, stretching from the ultraviolet to the near infrared , created using the Hubble Space Telescope . On the left, a little above the center of the image, the bluish planetary nebula Pease 1 can be seen. The screen diagonal corresponds to 3.6 minutes of arc .

Messier 15 is the first globular cluster in which a planetary nebula was discovered: 1928 Pease 1 . It also contains nine pulsars - remnants of supernovae from when M15 was young. It is also one of the globular clusters with the most variable stars (along with Messier 3 and Omega Centauri ) ; so far one has identified 112. 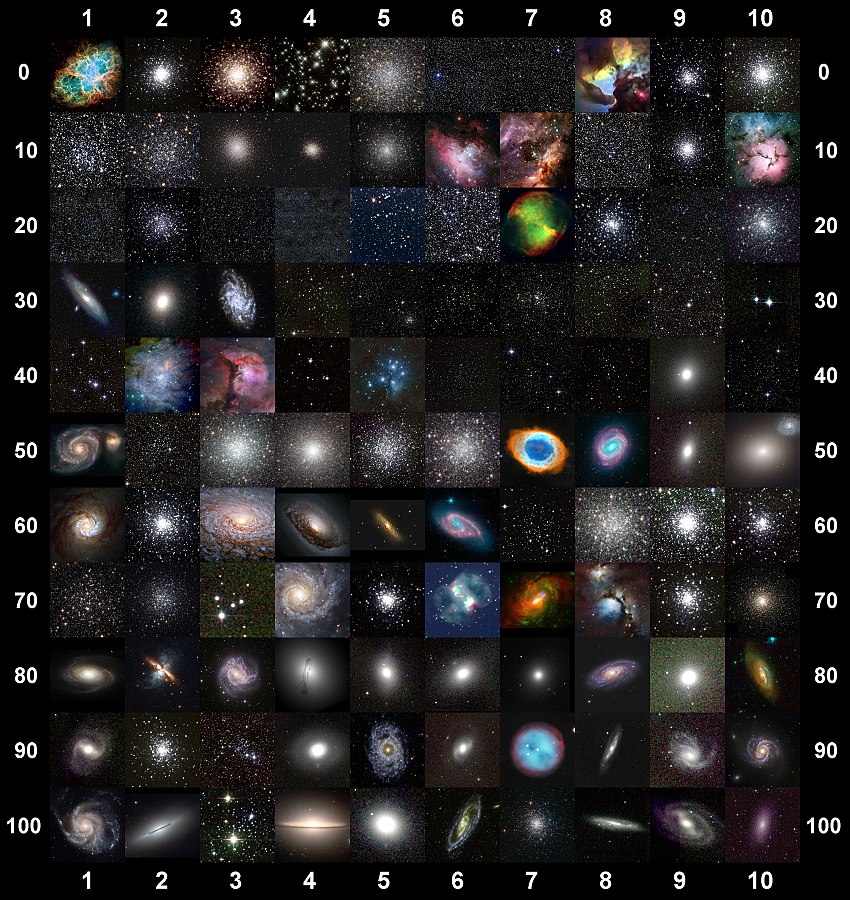