This article is about the British actor and filmmaker. For the jazz musician of the same name, see Tim Roth (musician) 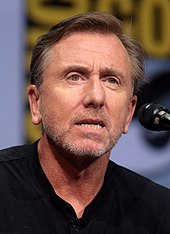 Tim Roth is the son of a journalist as well as a teacher and painter. His father originally had the family name Smith , but had it changed to Roth in 1944 . Tim Roth first attended Camberwell College of Art to study sculpture. But then Roth decided to become an actor. Despite a lack of training, he soon got roles in various English theaters.

He had his first television role in 1983 in the role of teenage skinhead Trevor in Made in Britain , and he made his cinema debut in 1984 in The Hit . In 1989 he played the painter Vincent van Gogh in Robert Altman's drama Vincent and Theo .

In 1990 he moved to Los Angeles . His grumpy and introverted manner quickly became his trademark. In 1991 Roth was cast by Quentin Tarantino for his directorial debut Reservoir Dogs , which made him known internationally. With the cult film Pulp Fiction , the episode film Four Rooms and the Western The Hateful Eight , the two collaborated three more times. With Once Upon a Time in Hollywood the overall fifth. However, his role was cut out of the theatrical version.

He had further great successes with Gridlock'd - full of it! , Woody Allens Everyone says: I love you , Vatel and Planet of the Apes . In 1999 he made his directorial debut with the incest drama The War Zone . In 1994, Rob Roy received an Oscar nomination for Best Supporting Actor. From 2009 to 2011 he starred in the Fox series Lie to Me . In 2012 he was presented as the jury president for the Un Certain Regard series at the 65th Cannes Film Festival .

Tim Roth has been married to Nikki Butler since 1993, with whom he has two sons. He has another son from his first marriage to actress Lori Baker. 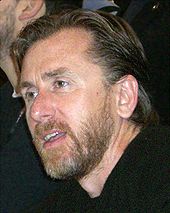