Until 1965 the school was called “Gymnasium mit Oberrealschule ”, from 1965 then “Willibald-Gymnasium” after the Episcopal Seminary Collegium Willibaldinum , from which it emerged.

The roots of the grammar school go back to the Carolingian era. In the middle of the 8th century, the founder of the diocese, Willibald, founded a monastery school (around 740). In the 11th century the school had already become a cathedral school. This 400-year ascent was followed by an equally long descent, which led to the end of the cathedral school. In 1564, Bishop Martin von Schaumberg built the "Collegium Willibaldinum" in its place. Like many other schools in Europe at the time, the school was given over to the Jesuits in 1614 . They erected a new schoolhouse, the later “Kasiono building” on Jesuitenplatz, today's Leonrodplatz. With the abolition of the Jesuit order (1773), this very successful school epoch in Eichstätts came to an end.

For the next few years, the school remained in episcopal hands and was a study school or a community school. After the secularization, the school was under the rule of the Elector of Salzburg from 1803 to 1805 and from 1806 of the Royal Bavarian rule. In 1816 the six- to eight-course Royal Study School was devalued to the four-course Royal Latin School and only after many submissions from the city and the bishop to the royal government in 1839 upgraded to become a Royal College.

From this point on, one speaks of a humanistic grammar school. Since 1842 the former canon court of the lords of Ulm-Erbach ("Ulmer Hof") was the main building of the school. As a further wing of the building, the auditorium was used as a gymnasium (with a later added music and drawing room) from 1897 and the former site administration for the classes of the upper secondary school (from 1965 mathematical and natural science high school) from 1952.

After the Second World War , the number of students rose to over 800.

In 1965 the grammar school was named after its founder Willibald. In 1968 the school introduced the modern language branch (instead of ancient Greek, French is used as a foreign language).

Following the planning for a school center in Schottenau (with a new high school building) that began in 1970 and the start of construction in May 1975, the building was completed in the 1977/78 school year. It was planned according to the plans of Eberhard Schunck , who won the competition open to Bavaria. The cost of building the new grammar school amounted to 20.3 million marks. The previous high school facilities were taken over by the Catholic University of Eichstätt .

In 2015 the interior renovation of the school was completed, during which the high school was technically refurbished. On March 9, 2015, the school celebrated 50 years of naming it “Willibald-Gymnasium”.

From the 1982/1983 school year to 2007/2008, the Willibald High School carried out a student exchange with the Collège Louis Aragon in Torcy . The suburb to the east of Paris is located in the Seine-et-Marne department . This relationship came about through the mediation of the French-born teacher Jean-Pol Martin , who was in charge of French didactics at the then comprehensive university. By 2004, more than 600 students had taken part in this exchange. In 1993, Johann Kraus, who has headed the organization of the exchange since 1984, was awarded the Medal of Honor of the City of Torcy for his efforts to promote Franco-German relations. An exchange with the Collège Les Vieilles Vignes in Cozes (Poitou-Charentes region, near the Atlantic coast, between La Rochelle and Bordeaux) will take place for the first time in the 2010/2011 school year. In the 2015/2016 school year, a student exchange with Verdun took place for the first time. Together with the city of Eichstätt, the school is planning an exchange with the city of Montbrison.

Since 2002 there has been a biennial school exchange with Oklahoma ( USA ).

From the 2016/2017 school year, Willibald High School will start a student exchange with Caistor Grammar School in Lincoln.

The annually alternating visits by students from the Jesuit grammar school Kaunas (Lithuania) and the Willibald grammar school should also be mentioned.

Since 1990 there has been contact between the school choir and the youth choir of the Zschopau high school with regular mutual visits and concerts.

Durchblick Online is the school newspaper of the Willibald-Gymnasium in Eichstätt. The site was continuously tested and developed for two years until it was finally published in October 2016. You have free access to current information in the areas of school, knowledge and blog.

The editorial team consists of around 15 members who ensure that the website is as up-to-date as possible and that it is maintained. 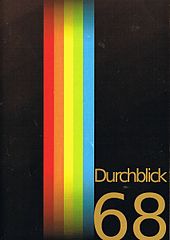 The school newspaper Durchblick , with numerous awards, looks back on a history of more than 40 years and meanwhile 67 issues. It was founded in April 1978 with the support of the teacher Hans Drechsler. The fifth edition was named the best school newspaper in Bavaria by the Ministry of Culture. In 1983, after an internal crisis, the last “Durchblick” (no. 15) was published. Younger students published the “Junior Durchblick” instead. From the 20th “Durchblick” onwards, the addition “Junior” disappeared from the name of the newspaper, as from this edition onwards, editors of all grades were again involved. In July 1986 the editors celebrated their anniversary with a 100-page 25th edition.

The 36th edition was named the second best school newspaper in Bavaria. In 1997, “Durchblick” No. 48 was awarded third place in the layout / design category in the newly announced Spiegel competition. From the 50th edition onwards, the school newspaper will appear in A4 format instead of in A5 format as before, in order to give the fully electronic layout more scope for design.

Since 2013, the school newspaper has been available again in the traditional A5 format and in color. In addition, it was announced in 2016 that traditional print editions will no longer appear for the time being.

In the school year 1999/2000 the working group (AG) school radio of the Willibald-Gymnasium was founded. Each school year, a total of five to six programs of a maximum of ten minutes are put together in the form of a pure word radio (interviews and reports) and broadcast during the lessons on fixed dates via the school's intercom to all classrooms in order to convey current information. In addition, the school radio publishes an annual overview at the end of each school year in the form of a self-made CD. The annual school concerts of the Willibald-Gymnasium are also published on a music CD. In order to meet increasing demands on the quality of the programs, the school radio organizes, among other things, a weekend seminar every year. So far, employees from professional broadcasters such as Bayerischer Rundfunk have always been able to be won over as speakers.

In 2003, the school radio group was invited as one of 30 project groups to the first Bavarian student congress of the Ministry of Culture in Nuremberg , where it was able to present its work to a wide audience.

The beginnings of the Arbeitsgemeinschaft (AG) amateur radio and the school radio station date back to 1979, when a one-year trial course was initiated by two licensed radio operators. Success in the beginning of the course included radio contacts with the American Owen Kay Garriott , who orbited the Earth with the Spacelab , and with the astronauts Ernst Messerschmid and Reinhard Furrer , who took part in the D1 mission .

After a brief standstill, the AG was revived, so that in 1993 the astronauts Ulrich Walter and Ulf Merbold , who were in Columbia to carry out the D2 mission , could be contacted. A highlight of the amateur radio group was the radio contact with the Mir space station in January 1996. In the following years, specialization in satellite radio took place. There has been a shortage of students since the turn of the millennium.

The SMV is a voluntary association of schoolchildren whose aim is to improve the situation of their classmates with commitment and vigor. This can be seen, for example, in the following events: the SMV ski trip, the spring ball, the carnival revue, the rose campaign on Valentine's Day or the garden party as the highlight at the end of the school year. They also strengthen the school community with a range of school shirts.